On the Third Day of Darwin 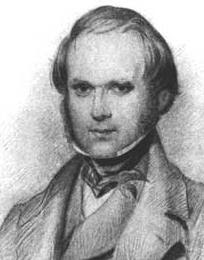 But no pursuit at Cambridge was followed with nearly so much eagerness or gave me so much pleasure as collecting beetles. It was the mere passion for collecting, for I did not dissect them and rarely compared their external characters with published descriptions, but got them named anyhow. I will give a proof of my zeal: one day, on tearing off some old bark, I saw two rare beetles and seized one in each hand; then I saw a third and new kind, which I could not bear to lose, so that I popped the one which I held in my right hand into my mouth. Alas it ejected some intensely acrid fluid, which burnt my tongue so that I was forced to spit the beetle out, which was lost, as well as the third one.

I was very successful in collecting and invented two new methods; I employed a labourer to scrape during the winter, moss off old trees and place [it] in a large bag, and likewise to collect the rubbish at the bottom of the barges in which reeds are brought from the fens, and thus I got some very rare species. No poet ever felt more delight at seeing his first poem published than I did at seeing in Stephen's Illustrations of British Insects the magic words, "captured by C. Darwin, Esq."

Comments:
Great series! Hoping you post a dozen days of Darwin. Hey..... that reminds me of a SONG!

On the Second day of Darwin
My true love gave to me
a crooked clergyman,
and an intro to his biography

On the third day of Darwin
my true love gave to me
three rare beetles,
a crooked clergyman,
and an intro to his biographeeeeeeee!!!

I'm intending to do just that and I hope I'll be accompanied by carolers.