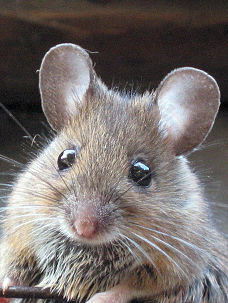 Poking about in old posts, I came across this again:

What every theologian should know about creation, evolution and design

From its inception Darwinism posed a challenge to Christian theology. Darwinism threatened to undo the Church's understanding of creation, and therewith her understanding of the origin of human life. Nor did the challenge of Darwinism stop here. With human beings the result of a brutal, competitive process that systematically rooted out the weak and favored only the strong (we might say it is the strong who constitute the elect within Darwinism), the Church's understanding of the fall, redemption, the nature of morality, the veracity of the Scriptures, and the ultimate end of humankind were all in a fundamental way called into question. Without exaggeration, no aspect of theology escaped the need for re-evaluation in the light of Darwinism.

Well, a lot has happened since the publication of Darwin's Origin of Species. Theology that is academically respectable has long since made its peace with Darwinism. Indeed, respectable theologians have long since had their understanding of the origin of life thoroughly informed by Darwinism and its interpretation of natural history. Thus when a group of Christian scholars who call themselves design theorists begin to raise doubts about Darwinism and propose an alternative paradigm for understanding biological systems, it is the design theorists, and not Darwin, who end up posing the challenge to theology.

As a card-carrying design theorist, I want to examine the challenge that design poses to the contemporary theologian. What continues to intrigue me is that the group of academicians design theorists have the hardest time engaging is not the secular scientists, but theologians and cross-disciplinary scientists whose cross-discipline happens to be theology (e.g., Nancey Murphy and Howard van Till). Why is this? The short answer is that mainstream theologians perceive design theorists as theological greenhorns who unfortunately have yet to fathom the proper relation between theology and science. Of course, design theorists think it is rather the mainstream theologians who have failed to grasp the proper relation between theology and science. (Emphasis added)

So much for ID being about the science. But this is also amusing:


Though design theorists believe Darwinism is dead wrong, unlike the creationist movement of the 1980's, they do not try to win a place for their views by taking to the courts. Instead of pressing their case by lobbying for fair treatment acts in state legislatures (i.e., acts that oblige public schools in a given state to teach both creation and evolution in their science curricula), design theorists are much more concerned with bringing about an intellectual revolution starting from the top down. Their method is debate and persuasion. They aim to convince the intellectual elite and let the school curricula take care of themselves. By adopting this approach design theorists have enjoyed far more success in getting across their views than their creationist counterparts.

Funny, I seem to remember something about model legislation clearly intended to get around the fact that the “intellectual elite” still isn't buying that there is any scientific “controversy" over evolution.

Comments:
"Their method is debate and persuasion."

Interesting but hardly surprising because they haven't done any, except to attempt to show that evolutionary science is wrong, which doesn't support ID.

Of course, this speech was in 1996, before ID morphed into "teach the controversy."