Drink Deep of the Pierian Spring 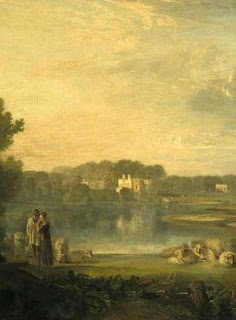 Albert Mohler is upset. It seems (with all due caveats about his sources) that:


Pornography is a scourge, and the magnitude of the pornography industry is a tragic commentary on the moral state of affairs in this nation. Furthermore, the pervasiveness of pornography, even among young males, indicates that the scope of the problem will only grow in years to come.

Now, we can add yet another dangerous effect to the impact of pornography — the development of a worldview that is pervasively non-judgmental and permissive about an entire range of sexual behaviors.

Non-judgmental and permissive about what? Mohler cites to Mark Regnerus of the University of Texas:

He concluded by stating: "In the end, contrary to what we might wish to think, young adult men's support for redefining marriage may not be entirely the product of ideals about expansive freedoms, rights, liberties, and a noble commitment to fairness. It may be, at least in part, a byproduct of regular exposure to diverse and graphic sex acts." Interestingly, Regnerus also suggested that the avoidance of procreation in heterosexual pornography may also influence acceptance of the negation of procreation in homosexual acts.

Notice how, to Mohler, not only is being "non-judgmental" and "permissive" (read "permitting others to do what they want when it does no harm to others") a bad thing, but so are "ideals about expansive freedoms, rights, liberties, and a noble commitment to fairness." And that's not to mention the "avoidance of procreation" (i.e. birth control) as considered something to be shunned.

In case you think I am reading Mohler uncharitably, he cites to Paul J. Wright of Indiana University and Ashley K. Randall of the University of Arizona to the effect that use of pornography was associated in males with an increased support for a more libertarian worldview that would see sexual and intimate relationships as completely outside government regulation. He goes on to quote them:

It is in that context that Mohler calls pornography a "scourge."

And then, there is this:


Wright and Randall also found that the influence of pornography on attitudes toward same-sex marriage was especially pronounced among less educated males. More education was itself associated with an openness to more liberal sexual attitudes and support for same-sex marriage.

In short, his real concern is about those "less educated males" who are more likely to belong to religious denominations, like his, that despise liberal attitudes toward personal freedom. Can't anyone think of the collection plates?

But the biggest irony of all is that Mohler and his ilk are for "small government" ... just as long as it is small enough to fit into everyone's bedroom!
Link - Posted by John Pieret @ 2:10 PM

Comments:
Hi there just wanted to give you a brief heads up and let you know
a few of the images aren't loading correctly. I'm not sure why but I think its a linking issue.

I've tried it in two different internet browsers and both show the same outcome.

Here is my homepage - https://aizawlbazar.com/wiki/index.php?title=User:KazukoRom