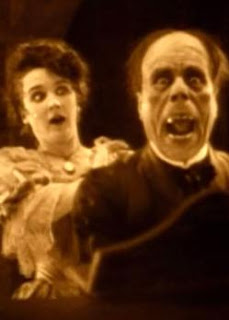 Not that it is a surprise. Once again, the Discovery [sic] Institute has revealed its true objective and this time it comes directly from the top ... Bruce Chapman, Chairman of the Board of the DI.

As already documented by the Sensuous Curmudgeon, Chapman and the DI was stung by a conference on evolution, organized by the Pontifical Council on Culture, that "disallowed participation by supporters of intelligent design." Chapman rants about the Templeton Institute (which he hates almost as much as that materialistic, atheistic bogeyman, Jerry Coyne, does), quotes unnamed people to denigrate the status of the Pontifical Academy of Sciences and to separate the Vatican from the "Church." In short, the spittle flies.

But this is the interesting part, reading (a bit) between the lines:


[T]he [Pontifical Academy of Sciences] is run by staff that is friendly to scientific materialists and hostile to many orthodox believers who are scientists. It is not just the science issues of evolution where the blind spots appear, but also other biological and personal ethical issues. Voices normally hostile to Christian faith are considered acceptable at the Academy, while scientists who also are serious Christians and hold to Church doctrine often are not.

[T]he greatest challenge to Christianity today ... is not some other religion, but aggressive, evangelizing secularism. Materialism lies at the heart of this competitor philosophy (which might as well be a religion). It brooks no competition. At some point, the Church must deal with the source of the competitors' faith, not just the symptoms of it. Pope Benedict began that process of examination, but Pope Francis still has much to do if he wants to mobilize the Church on this crucial subject.

[There is] a need for greater intellectual clarity on the pseudo-scientific materialism that afflicts society as a whole, challenges the Church at a deep doctrinal level, and undermines faith, especially among the young and the educated elites.

"[A]ggressive, evangelizing secularism" is, of course, the combination of scientists who demand empiric evidence and people who honor the American Constitution's separation of church and state. Instead, what Chapman wants is that "serious Christians" (as opposed to non-fundamentalist Christians such as Ken Miller, Francis Ayala, Theodosius Dobzhansky, and many others), that hold to "Church doctrine," instead of doing science, to be included in science. Scientists, including many theists, who respect, instead of loathe, the results of science, find ID laughable. Those people who value the Constitution don't want those "serious Christians" using taxpayer money to meet challenges to any particular brand of Christianity. That's not "hostility" to any flavor of Christianity, it is an insistence that all religious and non-religious beliefs are equal before the law, so each is equally protected.

With equality, the IDers are free to argue their case for "Church doctrine" and "faith" in venues appropriate to religious activism, even trying to convince "the young and the educated elites." That's where their "competition" to science belongs ... not in taxpayer-funded public school science classes.

What Chapman makes clear is that ID is nothing more than a tool of proselytization for his own brand of Christianity.