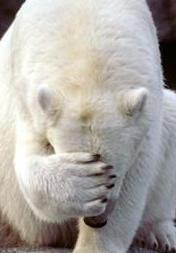 ... "God's Big Bang!" investigates the question of whether faith and science can get along, or are they eternally destined to be sworn enemies. Does the Big Bang Theory automatically disqualify the possibility of an Intelligent Design by an omnipotent God? And does the belief in an Intelligent Design by an omnipotent God automatically disqualify the possibility of the Big Bang? This premise will serve as the driving force behind the film. Does the Holy Bible's description of creation fit with what we know from physics and science?

There is a Kickstarter page* where it gets worse:


Rich and beautiful images of stars, planets, clusters, nebulae and galaxies will be featured to display the glory and majesty of the universe. The film will refute and/or challenge the view that the cosmos was created by random chaos. In the end, it will be shown that the universe was designed with purpose and in the way the Bible describes. Special focus will be given to Bible verses that mention astronomical objects and events.

And this bit straight from the 19th Century Bridgewater Treatises:


In this section we will explore some of the most amazing facts and attributes about earth. We'll be analyzing the importance of gravity, oxygen, water, atmosphere and distance from the sun.

Of which, only stars get a mention in Genesis 1, and that as an afterthought: "He made the stars also".

"Does the Holy Bible's description of creation fit with what we know from physics and science?"

That he asks this question is already a problem.

I saw that part as: Oh, look at the pretty pictures! Now send money.

Buy My Book (or movie in this case)

"Special focus will be given to Bible verses that mention astronomical objects and events."

I hope that includes the one where God stops the Sun in the sky so Joshua can win a battle. Not as good as Mohammed splitting the Moon in two. Maybe there's room for a sequel?

"investigates the question"
And dog! what an original one.

"the view that the cosmos was created by random chaos."
What does that even mean, before we can get at the question who defends that view?

"In the end"
Oh wait - we already know the conclusion at beforehand. Yes, then anything goes. Like safely ignoring quantum mechanics, everything it spawned off last 80 years and what does developments mean.