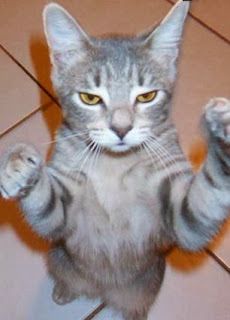 The wingnuts are getting angry at having their own words disseminated outside their equally delusional intended audiences.

E.W. Jackson, the failed candidate for Lieutenant Governor of Virginia, first claimed he was being "taken out of context." Then, he claimed he was being "marginalized" and "persecuted" by having his actual words repeated to people who didn't share his far, far right views. Lastly, he just took to lying about ever having said the things he did.

Now, Gordon Klingenschmitt has, since he announced that he is running for the Colorado state legislature, started down the same path.


Former chaplain Gordon James Klingenschmitt, who calls himself "Dr. Chaps," got our YouTube account terminated today by filing copyright complaints against a handful of our videos, resulting in several thousand of our videos being taken down. We have filed an appeal to YouTube and hope to get our channel restored shortly. If you would like to help, you can tweet @YouTube and urge them to expedite the review process.


RWW has been a thorn in the side of countless Christian ministries for years, quoting out of context ministers like James Dobson, Jerry Falwell, Pat Robertson, and political leaders like Michelle Bachmann and Alan Keyes.

He also claims that Right Wing Watch was stealing from him. It appears that Dr. Chaps knows nothing about, among many other topics, copyright law and "fair comment." It should take no more time to reverse the YouTube action than it did when Pat Robertson tried this.

And he is not merely being persecuted, he has had "death threats" from "followers" of Right Wing Watch (comments to the YouTube videos) and then takes offense at being told "he didn't know how the internet works."

It won't be long before he starts denying he said any of those things.
Link - Posted by John Pieret @ 12:12 AM