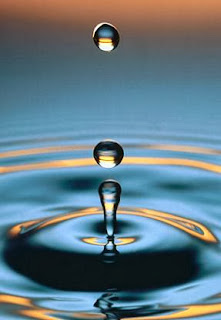 Both Jerry Coyne and PZ Mxyzptlk have touted a new Harris Poll of Americans that apparently shows, as Jerry puts it:


General religiosity is declining and "not at all religious" status increasing, especially in the last 4 years.

Of course, Jerry goes on to say: "Could it be. . . . .those strident New Atheists?" and PZ would attribute it to the FFRF, American Atheists, American Humanists, Americans United, or your local freethinking group (and, tongue firmly in cheek, to Freethoughtblogs).

First of all, I should say that this trend, especially if it is eating away at the influence of the toxic Religious Right on America, is a good thing.

But I wonder if otherwise skeptical scientists should be so quick to declare the cause of this social change which, if not seismic, is significant. I haven't tried to analyze the raw data, nor would I be capable of doing so. But neither have Jerry or PZ, at least on their ... ... whatever.

But if I was hunting for a correlation to another recent notable change in social attitudes that matched, timewise, this one, there is one that stands out: the change in attitudes toward gay rights and, especially, gay marriage. I suspect that we owe any reduction in religiousity to the over reaching of the Religious Right, beginning in 2004, on these issues, particularly as it coincided with the maturing of the "Millennials."

There can be little doubt that the amazingly quick national change in attitudes toward gay rights is fueled by people under 40. Just as that generation was in their teens and early twenties, when people naturally question their upbringing and parents' beliefs, the Religious Right launched their unreasoning and hateful campaign. Worse for them, AIDS was just then turning from a "death sentence" into a chronic condition that could be treated and controlled and fear and loathing was turning to sympathy. Also, more and more gays were "coming out," not just in the media, but to family and friends. It's harder to objectify people you like and love as "sinners" needing stoning to death. The Religious Right may have chosen just the "perfect storm" in which to set off on that sea trial.

And once you start to question the humanity and rationality of the religion you were brought up in, it's less hard to walk away altogether.

I, for one, suspect that any weakening of religious belief in America is chiefly due to the LGBT community ... and [cough] God bless 'em.

And one more thing ... the "accommodationists" [defined here as scientists and science supporters who told children that science and, particularly evolution, was not necessarily incompatible with religion, in hopes they would not dismiss it out of hand] also coincided with the Millennials. The "high water mark" of creationism was the mid-1980s, just at the beginning of the Millennial generation. The "New Atheists" (apparently now an acceptable term if we judge by Jerry) have told us often that "accommodation" has failed. They need much more data to credibly make that claim.

Social changes of these sorts are not the product of simplistic forces. It is much more likely that they come from a trickle that grew to a stream and, hopefully, will soon become a flood unlike any imagined by the bigots of the Religious Right.

Comments:
I continue to be amazed at how fast and sweeping has been the change of opinion on gay issues.

I agree but I attribute it to the hubris of the Religious Right.

Originally, it was kicked off by Karl Rove as a political ploy to get out the RR vote, particularly in Ohio (which kept Kerry from winning by less than 100,000 votes, IIRC).

There had been movement in the courts of California to allow SSM that most of the RR ignored until Rove started beating the drums. But having gotten them het up, there was no stopping them. They got anti-gay marriage legislation or constitutional ammendments passed in 34 states within a couple of years, mostly because the majority of people hadn't really thought about it and "gay marriage" sounded "weird."

When the pushback began the RR got more and more hysterical and their arguments more hateful just as everyone's favorite girl-next-door, Ellen, came out, along with many others. At any sign of tolerance, the RR spewed ever more irrationality and hatred.

Young people, in particular, had no background in hating gays, who were often part of the rock and "alternative" scenes they were sampling. The more the RR screamed, the less they listened because they had heard it all before about rock-and-roll, sex, etc., etc.

In 50 years, if America then is about as religious as Europe is now, historians will, I suspect, attribute the change to Karl Rove and Dubya.

My guess is that the Internet has a lot to do with the change. In an Internet era, it is harder to keep the children ignorant. And yes, I agree that the antics of the religious right are also part of the story.

There's a question, though, as to how much of this is real. Perhaps a good part of it is just people being more willing to be open about their disbelief.

Perhaps a good part of it is just people being more willing to be open about their disbelief.

I think that is certain and, to the extent that it is true, I would give the New Atheists credit for the numerical change. Those people were out there before but just wouldn't say it without the New Atheist example. But I'd argue as well that there has been a "sea change" in American attitudes toward conservtive religion and its demands on social order. That I don't believe (yet ... without more data) the New Atheists can claim as their own.

I wonder whether there is any significance in increased tolerance for the LGBT community apparently being balanced off by growing oppression in Russia and various African countries. In Uganda, for example, they are passing a law which means anyone convicted of homosexual activity could face a life sentence. They bill's authors had wanted the death penalty but they seem to have stepped back from that, much to the disappointment, no doubt, of the deeply unpleasant Christian evangelicals who have been promoting that approach.

It'll be interesting to see what happens over time. I think John's take has merit, in that a lot of this change is driven by younger people.
So look at what they've had over their lifetime - the religious right, a pope too old to communicate popularly then one willing to see a smaller church instead of one more liberal, and of course the abuse scandals.
I wouldn't be so quick to attribute this to a single cause, or that the change will necessarily continue the way they think. Especially in light of the schisms that seem to be going on now in that movement.