Short But Not So Sweet 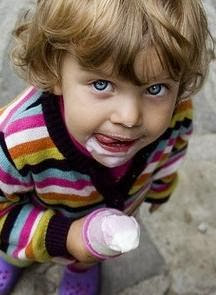 A bill has been introduced in the South Dakota legislature that, at least, has the benefit of being short and to the point:

FOR AN ACT ENTITLED, An Act to prohibit schools from preventing the instruction of intelligent design.

BE IT ENACTED BY THE LEGISLATURE OF THE STATE OF SOUTH DAKOTA:

Section 1. That chapter 13-33 be amended by adding thereto a NEW SECTION to read as follows:

No school board or school administrator may prohibit a teacher in public or nonpublic school from providing instruction on intelligent design or other related topics.

Now, of course, the bit about "prohibit a teacher in ... nonpublic school" is unnecessary. State and local school authorities can set minimum standards for what is taught in private schools but cannot otherwise control the curricula of such schools.

But what will be interesting is the reaction of the Discoveryless Institute to this legislation.

The DI might know more about South Dakota politics than I do, recognize that the bill has no chance of passing and, therefore, hunker down and say nothing about it.

The bill is, however, close (depending what side of their mouths they are talking out of at any particular time) to the DI's pre-Kitzmiller position expressed in Intelligent Design in Public School Science Curricula: A Legal Guidebook:


[S]chool boards have the authority to permit, and even encourage, teaching about design theory as an alternative to Darwinian evolution-and this includes the use of textbooks such as Of Pandas and People that present evidence for the theory of intelligent design.

The controlling legal authority, the Supreme Court's decision in Edwards v. Aguillard, explicitly permits the inclusion of alternatives to Darwinian evolution so long as those alternatives are based on scientific evidence and not motivated by strictly religious concerns. Since design theory is based on scientific evidence rather than religious assumptions, it clearly meets this test. Including discussions of design in the science curriculum thus serves an important goal of making education inclusive, rather than exclusionary. In addition, it provides students with an important demonstration of the best way for them as future scientists and citizens to resolve scientific controversies-by a careful and fair-minded examination of the evidence.

Note the "strictly religious concerns." Also, the vague "making education inclusive, rather than exclusionary." Inclusive of what? ... if not conservative religious belief?

Of course, history began to change after Kitzmiller.


Discovery Institute opposes mandating intelligent design in public schools, and opposes legislation that even comes close to a mandate. Such laws if passed would focus unwanted and even career-killing attention on scholars working within the intelligent design paradigm. Bills, like doctors, should first do no harm.

Laws mandating the teaching of ID in elementary and high schools would destroy the careers of "scholars," exactly how? Oh, if the courts find, as Judge Jones did, that ID is just 'creationism in a cheap tuxedo,' there would go all those lucrative "seminars" and books and rounds on the Religious Right rubber chicken circuit reassuring the rubes that science supports the Bible.

Here is their dilemma: at present, if some teacher starts teaching ID and some student objects, the ACLU, Americans United, Freedom from Religion Foundation or some other such group has to hunt down each individual teacher or school board and show that what those particular people were teaching was religious. If this bill becomes law, once they get one student who objects, they can go straight to the state law and make the case that ID itself is religious and not science.

The DI got lucky in Kitzmiller. The locals, sick of the stupidity, voted out the creationists on the Dover school board, so there was no appeal. It's less likely to happen that way with a statewide law.

It will be an interesting test of how vulnerable the DI feels to see their reaction to this bill.

Comments:
Isn't the bill arguably redundant. If, according to precedent, ID is a front for religion then prohibiting school boards from preventing the teaching of it in public schools is effectively requiring them to act unconstitutionally, which makes the bill unconstitutional. Doesn't it?

If, according to precedent, ID is a front for religion ...

Well, the Kitzmiller decision is only binding legal precedent in the Middle District of Pennsylvania. Theoretically, then, South Dakota can still allow or even mandate teaching ID, claiming it is science.

But that's just what the DI wants to avoid: a trial before an impartial judge on the issue of whether ID is really science or simply a way to sneak god into science classes. Even less do they want to see the Supreme Court decide the issue which could effectively end the whole ID scam.