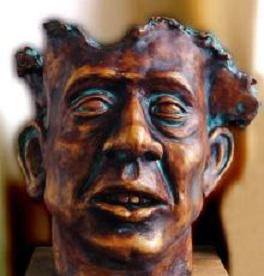 A Federal District court judge in Kentucky has struck down its constitutional amendment banning same sex marriage, to the extent that it grants privileges to opposite-sex married couples that it denies to same-sex couples legally married in other jurisdictions.

Albert Mohler, president of The Southern Baptist Theological Seminary, and a marginally saner right wing theocrat than most, laments what he calls Justice Anthony Kennedy's "singular and decisive influence of one judge" in his majority decision in United States v. Windsor, which struck down the key provision of the so-called Defense of Marriage Act.

Of course, one justice does not a majority make.

What Mohler means is that, on a closely divided Court, he is more than willing to accept 5-4 decisions that rule for positions he favors as 'wise' decisions, while those that go against what he wants are the fault of only one justice.


Christians who affirm the biblical understanding of marriage as the union of a man and woman must now recognize that we can no longer count upon the government and its laws to reflect that understanding. Even the proponents of same-sex marriage must surely recognize the radical legal and moral shift in Western civilization and human history this change implies. Christians understand that marriage is one of God's greatest gifts to humanity and that marriage, as defined by the Creator, is fundamental to human flourishing.

We now know that the government cannot be counted on to affirm this message. As a matter of fact, we have to face the reality that the government — even in the Commonwealth of Kentucky — may teach a radically different message through its laws. But the real question for Christians is not whether the government gets the question of marriage right, but if we do. In the grand scheme of things, that is the Church's real challenge.

Mohler, at least, has recognized that, when it comes to same-sex marriage, the Religious Right has lost. This was reinforced by Judge John G. Heyburn's notation that:

[T]he Court was not presented with the particular question whether Kentucky's ban on same-sex marriage is constitutional. However, there is no doubt that Windsor and this Court's analysis suggest a possible result to that question.

But here is the real argument for same-sex marriage, as detailed by Judge Heyburn:

In short, here they are, for all to see: loving couples; committed to their relationships for the long haul; no doubt proud parents; and decent human beings not so very much different than the rest of us.

By all means, Al, go on preaching from your pulpits ... shout it from the tops of your steeples ... that these are horrid people that are not entitled to ordinary human rights. Just don't expect the law to enforce your prejudice the way it once enforced your racism (a Southern Baptist must be aware of that).

I can think of no more effective way to diminish the toxic effect of your brand of religion on the body politic of the United States.
Link - Posted by John Pieret @ 7:48 PM