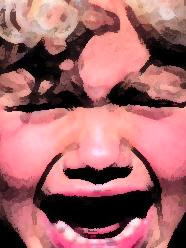 Al Mohler, president of The Southern Baptist Theological Seminary, and marginally more rational religious right wingnut, points to a Public Religion Research Institute survey with the lament "We may lose the marriage argument with the culture, but we're in trouble if we lose it with our kids."

Here is the survey and here is a summary.


Overall support for same-sex marriage jumped 21 percentage points, from 32 percent in 2003 in a Pew Research survey to 53 percent in 2013 in PRRI's survey. During this period, gay marriage became legal in 17 states and the District of Columbia and the U.S. Supreme Court struck down the Defense of Marriage Act, that blocked federal recognition of legally wed gay couples.

Since 2003, the Episcopal Church and the Evangelical Lutheran Church in America opened their doors to gay bishops and clergy, even as most other major U.S. denominations kept their teachings against homosexual behavior intact. Yet over the decade, PRRI found, the number of people who say same-sex marriage is against their religious beliefs dropped, from 62 percent to 51 percent.

Even though "[o]verall, most people (51 percent) say sex between adults of the same gender is morally wrong":


... "support for legality outstrips moral acceptability in several religious groups," said Jones. For example, 47 percent of white Catholics find gay sex to be morally acceptable, "but 58 percent of the same group say they favor allowing gay and lesbian couples to marry. It is not only that they are more tolerant of a legal norm. They are shifting their own moral lens on the issue."

Among those who say they left their childhood religion and now have no religious identity, nearly one in four (24 percent) say their church's negative teachings or treatment of LGBT people was an important reason they left. ...

At the root of change: A personal connection to someone who is LGBT. The number of Americans who say they have a close friend or family member who is gay or lesbian rose from 22 percent in 1993 to 65 percent today.

Now the really bad news for Al. While 51 percent of Americans think homosexual relations are morally wrong, "56 percent of millennials (ages 18-33) – say it is morally acceptable."

Personal connections to someone who is LGBT, the biggest factor in favoring gay rights, has risen to 65 percent generally but, among millennials, "71 percent say they have a close friend or relative who is gay or lesbian."

And worst of all for Al, among those who say they left their childhood religion and now have no religious identity, 31 percent of millennials, compared to 24 percent generally, say that church homophobia is a major reason, "damaging churches' ability to bring in — and keep — young adults."

It sounds like, Al, that you are not losing the argument with your kids but that you have lost it.
Link - Posted by John Pieret @ 4:11 AM

Comments:
It sounds like, Al, that you are not losing the argument with your kids but that you have lost it.

It's going to be a double whammy. They are also losing, or have lost, the global warming denialism debate with their children.

Yep. When I was growing up (60's and 70's), I didn't know a single gay person. Not one. (Yes, that's deliberate sarcasm). My kids, however (90's and 00's) had several good friends who came out gay as teens. And were loyal to them when they got grief from their parents (the latter eventually came round).

The good news in that poll is that almost half of the reactionary sects are OK with LGBT and SSM -- that's an astoundingly high rate of dissidence, and it's only going to get worse (ie. for the sects in question). Like the song says, the times they are a-changin', the waters around the Mohlers of the world have grown, but they can't swim.

They are also losing, or have lost, the global warming denialism debate with their children.

It is hard to keep 'em down on the blindfold farm after they get a peek at reality.

BTW, Neil, did you see Jerry Coyne accusing Ross Douthat of being "rather thin-skinned" and having "no idea what it’s really like to be attacked on the internet"? Weapons-grade projection there.