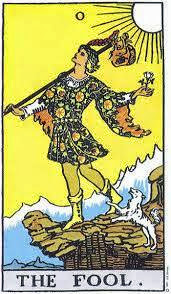 The Discovery [sic] Institute doesn't like Cosmos: A Spacetime Odyssey!

Truth be told, there is a lot I don't much like about it either. But that's for another post.

But the DI has been kvetching mightily about it in their usual vein. But the latest from Casey Luskin amused me. After complaining that "many prominent physicists believe the laws of the universe are finely-tuned to allow for life to exist" (probably about as many as biologists who accept "irreducible complexity"), he goes on to say:


In the previous episode, Tyson had inaccurately claimed that the religious beliefs of early founders of science like Isaac Newton didn't do anything to positively foster scientific discovery. This latest episode covers some additional giants from the annals of science, such as Michael Faraday and James Clerk Maxwell, but again omits any mention of their strong, positive religious influences. Ian Hutchinson, MIT Professor of Nuclear Science and Engineering, explains how Faraday and Maxwell were committed Christians.

Casey then goes on to extensively quote Ian Hutchinson about how the supposed inspiration of the work of both Faraday and Maxwell was to discover intelligible laws of nature that came from their metaphysical presuppositions.

The problem is, where were god(s) in their results? Where did they try to quantify God mathematically, as in specified complexity or otherwise? Faraday, for example, thought he was, like Newton, "reading the book of nature." Did Darwin claim anything more?

If merely being a scientist and believing in God is enough to "prove" ID, why does the DI hate "committed Christians" like Ken Miller and Francis Collins so much?

Oh, right! They are believers and still explain the world in naturalistic terms ... the same way Faraday and Maxwell did!
Link - Posted by John Pieret @ 10:10 PM

Ack! Yes, you're right. That'll teach me to post while on pain meds!