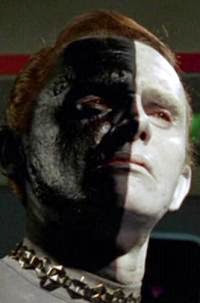 ... ergo neither should you!

Al has decided that the "transgender challenge will present evangelicals in this generation with a lifetime challenge."

Frankly, I'm grateful for that.

The greatest weapon in the arsenal of those who want to see sexual preference and gender identity equality is the stupidity of their opponents.

Al points to Atherton High School in Louisville, Kentucky, where a brave principal, Thomas Aberli (kudos, sir!), and school counsel, added "gender identity" to its anti-discrimination policy to permit a "biologically" male student who identifies as female to use the girls' bathroom.


One of the things that becomes very apparent, in terms of the cultural controversies over the transgender movement, is that the secular worldview can't handle its own convictions on this issue. It can't hold to a consistent argument. As a matter of fact, if you hold to a secular worldview, the transgender movement presents you with conflicting moral absolutes. For instance, you claim that it's an absolute that the individual gets to decide at any moment in time what his or her gender identity is, and then you claim, on the other hand, that sexual orientation is something that is biologically or genetically fixed and something that is unchangeable. And so you have two contradictory arguments and, furthermore, in terms of any policy decisions, you have trouble on the left, the right; you have trouble in the North, South, East, and West. There is nowhere you can go where there is not trouble.

Gee Al, if you weren't a moron, you'd be able to see that no one is claiming that anyone can just decide at any moment in time what his or her gender identity is. In fact, we adults are talking about situations where there has been a medically-based diagnosis of gender identity disorder (GID) or gender dysphoria (not that I am in love with either term). Both sexual preference and gender identity are biologically or genetically (or otherwise naturally) fixed and things that are unchangeable and crude attempts to change them inevitably result in great harm to the individual.

But Al, it gets even scarier for anyone who can only think in absolutes! Remember the "B" in LGBT? Sometimes people's sexual preference is "both"! And sometimes people's gender identity is "neither"! Isn't it a shame that reality can't always accommodate your imagined "absolutes"?

I cannot imagine anything more harmful to someone who is actually gender dysphoric or even just a boy or girl who isn't quite what their parents expect behavior-wise.

But why should we expect Al to actually consider evidence, given that he is a young-Earth creationist? He has mightily practiced the ability to ignore evidence and, unfortunately, succeeded.
Link - Posted by John Pieret @ 11:29 AM

Comments:
The absurdity is Mohler's apparent conception of his God. On the one hand the all-powerful creator of the Universe, on the other hand some sort of prim Victorian spinster who clutches the divine pearls and faints dead away at the thought of what human beings might get up - or down - to in their bedrooms.

Of course, there were Victorian women with a lot more backbone than that, such as the actress Mrs Patrick Campbell and her famous comment on homosexuality, "My dear, I don't care what they do, so long as they don't do it in the street and frighten the horses."

Thanks for the attribution. I've long used the line but didn't know who first said it.

According to Wikiquote, "It appears to be a modern satirical invention, derived from Mrs. Campbell's statements."