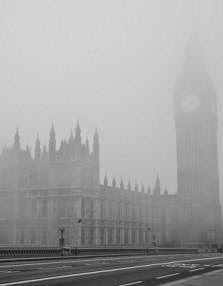 Apparently, one candidate in the Republican primary for South Carolina's superintendent of education, Sheri Few, said "There is no reason why the scientific theory of intelligent design should not be taught in the classroom alongside the theory of evolution."

Heaven forfend that there be another Dover Disaster!

Like having their asses handed to them on a silver judicial platter.

Or, in other words, they want teachers to allow students to import all the old, totally discredited "creation science" arguments, that the DI has adopted as arguments against evolution, into science classes. Because, after all, K-12 public school students are in the best position to be the final arbiters of what science is or should be! Next up, the evidence that supports and scientific arguments that seem to discredit the "germ theory" of disease, rather than that "sin" is the cause of all human woes!

What the DI wants is not clarity but fog that will allow Christian kids to pretend that science has not shown beyond all reasonable doubt, that life, and humans, in particular, have evolved.

Comments:
Once again, schools will fall victim to the Dover trap.

And it's the school board, not the legislature that will pay for it.

Worse, it is the kids who will pay for it in the end, in the loss of money for their education that the parents won't replace because that would "raise taxes" ... as if paying to educate their children is a bad thing!

So now it's the government that's trying to force Intelligent Design into the science classroom?

I don't think I've heard that one before.

The next thing we'll hear is that the DI is staunch defender of teaching evolution.

Have we suddenly entered a mirror universe?

Have we suddenly entered a mirror universe

Has the DI ever inhabited a different universe?

@Ian H Spedding Have we suddenly entered a mirror universe?