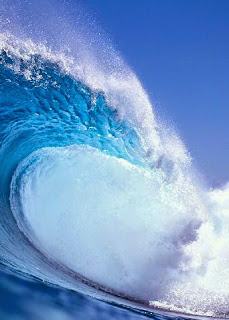 The tide keeps rolling in.

In another good week for marriage equality, a Federal judge in Indiana has struck down that state's same sex marriage ban and the first of the Circuit Courts of Appeal, the Tenth, has weighed in, upholding the District Court's overturning of Utah's ban. For the time being, this ruling also effects the District Court's ruling in Oklahoma, also part of the Tenth Circuit, that overturned that ban.

The 10th Circuit's decision was by a three judge panel and was 2-1. The state now has two choices: it can ask for an en banc hearing before the twelve judges of the full Circuit Court or they can immediately seek a writ of certiorari from the Supreme Court for permission to have the case heard there.

Some interesting things to keep in mind: if the state opts to seek a writ of certiorari, it only takes four justices to grant the writ. If the four "liberal" (really, "moderate") justices vote to grant it, it would signal that they think Justice Kennedy is willing to find that same sex marriage is a constitutional right and the opposite will apply if the conservative justices vote for certiorari.

The 10th Circuit panel applied the toughest of all standards in determining whether a statute is constitutional: "strict scrutiny." Earlier this week, the Ninth Circuit, in a case that involved, not same sex marriage, but preemptory challenges of jurors, refused to hold an en banc hearing of a three judge panel's determination that, in matters involving government action against gays, the second toughest standard: "heightened scrutiny," applies. Thus, again for the time being, any same sex marriage cases in the Ninth Circuit will be judged by "heightened scrutiny," which nobody thinks such bans can survive. Anyway, a number of the lower court decisions have made impressive cases for the fact that these laws don't even pass the lowest scrutiny, "rational basis."

Of course, as the writing on the wall has become clearer and clearer, the Religious Right has been progressively losing whatever mind they started out with, saying ever more crazy things.

I hope they keep it up.

There can be no better evidence that these laws were enacted, as Justice Kennedy put it in Windsor, out of animus; a purpose and effect of disapproval; an intent to impose a disadvantage, a separate status, and so a stigma upon all who enter into same-sex marriages.

At the very least, the wingnuts' shouts to the skies demonstrate that there is no rational basis for these laws.
Link - Posted by John Pieret @ 12:40 AM

Comments:
Personally, I'm waiting to see who will be the first wingnut to blame the next natural disaster on the US's continued support for rights of the gay community. My vote is for Pat Robertson.

Yeah, ol' Pat is the likeliest but there are plenty of them out there rooting for it. Given we are into tornado season, what do you want to bet it is a twister taking out some town where most of the people are fundamentalist Cristians who don't like same sex marriage?

Right Wing Watch should be subtitled "Spot the Loony".

BTW, what's the over/under on how long it will be before the Roberts court gives corporations the vote?

what's the over/under on how long it will be before the Roberts court gives corporations the vote?

That's what I kept screaming at every radio/tv/newspaper story about Citizens United. If corporations are (fictional) persons with free speech rights, why can't they vote? In for a penny, in for a pound. Either make corporations real persons or drop the pretense and treat them for what they originally were, ways of limiting individual business person's liability, not a real person.