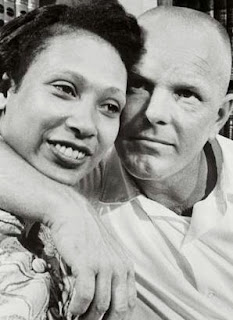 I previously highlighted U.S. District Judge Arenda L. Wright Allen's decision striking down Virginia's laws and constitutional amendment forbidding same sex marriages or the recognition of those from states that permit them. I gave the equally heartwarming and heart-wrenching stories of the plaintiffs in that case before. The Circuit Court repeats the details.

A three judge panel of the Fourth Circuit Court of Appeals has now upheld Judge Allen's decision in a 2-1 vote.

That now makes some 29 straight court decisions, Federal and state, that have found bans of same sex marriages to be invalid. I wish the Yankees had anything near that winning streak.

Judge Allen, in a nice touch, opened her decision with a quote from Mildred Loving, the plaintiff in Loving v. Virginia, that struck down laws, incredibly a mere 47 years ago, against interracial marriages:

It is historic resonance that Judge Allen and the Fourth Circuit have now recognized the same injustice done by Virginia to same sex couples.

There are some interesting technical arguments in the majority decision but the bottom line is that the Fourth Circuit majority found that such laws must be measured by "strict scrutiny," the highest constitutional test but that "even under rational basis review, the "[a]ncient lineage of a legal concept does not give it immunity from attack."

Ultimately, I don't think it will matter much for bans on same sex marriage which test is applied ... it fails all of them, as various courts have found. It will matter for other issues, such as attempts to "protect" Christians from anti-discrimination laws that deny them the right to discriminate against gays. But that's down the road a bit.

One interesting event is that the attorney general of North Carolina has said that his office would no longer defend his state's ban on same-sex marriage, because the Fourth Circuit decision had taken away all of the arguments that could be made for the ban. That's not quite true. Decisions by 3 judge panels of a Circuit Court are not really binding precedent unless confirmed by the full court in an en banc decision or the full court refuses to grant an en banc review. Still, it's nice some people see the writing on the wall.


innocents fallen from the sky

children in the hundreds kidnapped

many die because some die and vice versa

the poppies row on row

we are the dead 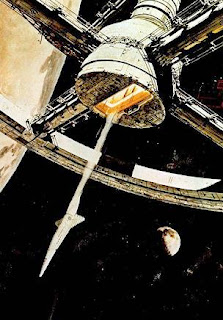 * Depending on what definition of "accommodationism" is current.
Link - Posted by John Pieret @ 7:16 AM 12 comments 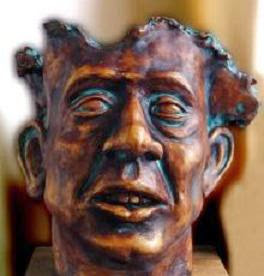 No doubt heads are exploding right now in Colorado Springs, home to many Religious Right organizations, such as Focus on the Family. If you live in the area, you might want to take an umbrella today.
Link - Posted by John Pieret @ 7:42 AM 5 comments

U.S. District Judge John G. Heyburn II, who had earlier struck down Kentucky's refusal to recognize out-of-state gay marriages, even where those marriages were legal under the state law they were performed in, has now struck down the state's refusal to allow same sex marriage in Kentucky.

Ultimately, the rational is familiar. Judge Heyburn is among those who have found that anti-same-sex legislation and/or state constitutional amendments cannot meet the lowest form of constitutional scrutiny: "rational basis."

But, as I keep saying, over and over, the real power of these decisions does not reside in the fine legal points or the judges' rhetorical flourishes. It is the story of the people who are being denied equality before the law. These are the human beings behind all the shouting in Kentucky:


Timothy Love and Lawrence Ysunza reside in Louisville, Kentucky and have lived together for 34 years. On February 13, 2014, they requested a Kentucky marriage license from the Jefferson County Clerk's Office, presenting the requisite identification and filing fees. The Commonwealth refused to issue them a license because they are a same-sex couple. They allege that their inability to obtain a marriage license has affected them in many ways. For example, last summer, Love underwent emergency heart surgery, which had to be delayed in order to execute documents allowing Ysunza access and decision-making authority for Love. As another surgery for Love is imminent, the couple fears what will happen if complications arise. The couple fears that healthcare providers and assisted living facilities may not allow them to be together or care for each other as they age. In addition, the couple has had difficulties with professional service providers; they found out after they purchased their home that their real estate attorney disregarded their request to include survivorship rights in the deed.

Maurice Blanchard and Dominique James reside in Louisville, Kentucky and have been together for ten years. On June 3, 2006, they had a religious marriage ceremony in Louisville. On January 22, 2013, they requested a Kentucky marriage license from the Jefferson County Clerk's Office, presenting the requisite identification and filing fees. The Commonwealth refused to issue them a license because they are a same-sex couple. They too have faced challenges as a result. For example, they allege that their neighborhood association will not recognize them as a married couple because Kentucky does not allow them to marry. In addition, their inability to obtain parental rights as a married couple has deterred them from adopting children. They also share a number of Love and Ysunza's concerns.

Those who think they are being "marginalized" for their religious beliefs are missing the point. Good, decent, loving people like Timothy Love, Lawrence Ysunza, Maurice Blanchard and Dominique James have been marginalized all their lives and no one ... no one ... has been able yet to give a rational basis why. Go on believing what you will, keep saying what you believe ... but when it comes to the law, leave them alone ... let them be equal.
Link - Posted by John Pieret @ 1:03 AM 8 comments