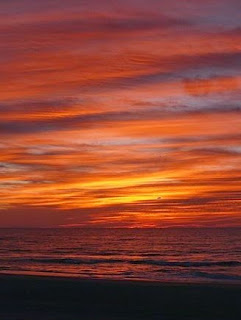 The Commonwealth of Puerto Rico has filed its brief in the appeal of the District Court decision (one of only three, IIRC) that upheld a ban on same-sex marriage. In it it says:


To the extent that Commonwealth law does not afford homosexual couples the same rights and entitlements that heterosexual couples enjoy, the Commonwealth recognizes that equal protection and substantive due process guarantees mandate application of heightened scrutiny in this case. Under said heightened standard, the Commonwealth cannot responsibly advance before this Court any interest sufficiently important or compelling to justify the differentiated treatment afforded so far to Plaintiffs.

The brief essentially concedes that the Supreme Court's 1972 summary dismissal of the appeal in Baker v. Nelson, from the Minnesota Supreme Court that had ruled that a state law limiting marriage to persons of the opposite sex did not violate the U.S. Constitution, on the grounds that the case did not raise “a substantial federal question,” is no longer controlling. It then goes on to state:


Once Baker’s jurisdictional barrier is removed, it follows from recent doctrinal developments in this area of law that government regulations that affect people based on their sexual orientation cannot withstand constitutional attacks under the Equal Protection Clause unless they seek to further, at the very least, an important state interest by means that are substantial related to that interest. Since Puerto Rico’s Civil Code distinguishes based on sexual orientation and/or gender, and Plaintiffs meet all of the criteria that make up a suspect or quasi-suspect classification, we believe that judicial precedent compels this Court to apply some form of heightened scrutiny under which the Commonwealth cannot prevail.

I don't think any legal scholar believes that same-sex marriage bans can survive a heightened scrutiny examination under the Fourteenth Amendment. For all intents and purposes, the Commonwealth is conceding its ban is unconstitutional.

The Commonwealth does request, “in light of the fact that the Supreme Court granted certiorari in consolidated cases [where the Sixth Circuit upheld such bans],” that the First Circuit postpone “oral argument in this case until a decision on the merits has been reached on the cases before the highest court,” in the interest of saving judicial resources, since it is reasonably certain that “the dispositive issue or issues [may] have been authoritatively decided” by the Supreme Court at that time. It will be interesting to see what the First Department will do with that request. It would be hard pressed to hold oral arguments and have a decision issued before the end of June, when the Supreme Court is expected to rule. But the Circuit Judges might just want to their 2 cents worth in before then.
Link - Posted by John Pieret @ 5:38 PM