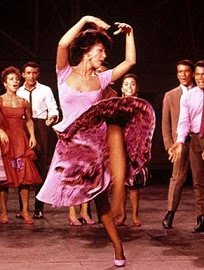 The state of same-sex marriage in Puerto Rico is essentially settled.

All such doubts were ended with the Supreme Court's decision in Obergefell. But Judge Pérez-Giménez was not willing to give up.

Shortly after Obergefell, all parties to the action agreed that the Commonwealth's ban on same-sex marriage was unconstitutional and, in effect, asked the First Circuit Court of Appeal to dismiss the appeal. The First Circuit agreed, vacated the judgment, and remanded. Normally, that is merely a procedural matter where the lower court enters a judgment for the prevailing party and everyone goes home.

But Judge Pérez-Giménez is made of sterner stuff. Instead, he raised some principles, known as the “Insular Cases,” whereby not all parts of the Bill of Rights, applied to the states by the Fourteenth Amendment, are applied to “unincorporated territories,” such as Puerto Rico. Worse, Judge Pérez-Giménez refused to enter a judgment, either way, that could be appealed. The arcane details of the Insular Cases need not be addressed. The reaction of the First Circuit tells the tale:


The district court's ruling errs in so many respects that it is hard to know where to begin. The constitutional rights at issue here are the rights to due process and equal protection, as protected by both the Fourteenth and Fifth Amendments to the United States Constitution. Those rights have already been incorporated as to Puerto Rico. And even if they had not, then the district court would have been able to decide whether they should be. …

In ruling that the ban is not unconstitutional because the applicable constitutional right does not apply in Puerto Rico, the district court both misconstrued that right and directly contradicted our mandate. And it compounded its error (and signaled a lack of confidence in its actions), by failing to enter a final judgment to enable an appeal in ordinary course.

Error of this type is not so easily insulated from review. This court may employ mandamus jurisdiction when a district court has misconstrued or otherwise failed to effectuate a mandate issued by this court. …

Accordingly, ... the petition for writ of mandamus is granted, … the case is remitted to be assigned randomly by the clerk to a different judge to enter judgment in favor of the Petitioners promptly, and to conduct any further proceedings necessary in this action. [Citations omitted]

Within hours of the First Circuit's decision, the case was reassigned, an order in favor of the plaintiffs was entered and Puerto Rico was in America again.

Federal Judges like Juan Pérez-Giménez are appointed for life and can't be removed for being jackasses, but that has still got to leave a mark.
Link - Posted by John Pieret @ 8:07 AM 440 comments