The All New DogMatic 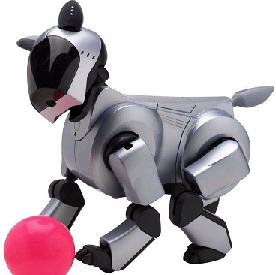 The race in Ohio for the state Board of Education between former Congressman and former Akron Mayor Tom Sawyer and incumbent Deborah Owens Fink is getting national attention as another test for Intelligent Design Creationism.
Owens Fink is beginning to sound just a bit desperate:

She is also quoted as follows:

Owens Fink calls Princehouse, Krauss and other scientists supportive of Sawyer "members of the dogmatic scientific community" who want to stifle discussion about "the strengths and weaknesses of evolutionary theory."

Well, science has to do with finding out about hard, cold reality. Owens Fink has a different definition of "dogmatic" than is in my dictionary, if refusing to pretend that reality can be changed to suit our wishes is included. Scientists love to talk about the strengths and weaknesses of evolutionary theory (which is why they publish more about them in a week than ID proponents have published in nearly two decades). Unfortunately for Owens Fink and other reality-deniers, the fact that evolution occurred and humans were a result ain't one of those weaknesses.
And, of course, being in favor of reality makes you a "liberal" only in the delusional politics of extremists who can only respond to logic and evidence with slogans and ... well ... dogma that is definitely not of the cute kind.
.
Link - Posted by John Pieret @ 1:01 PM