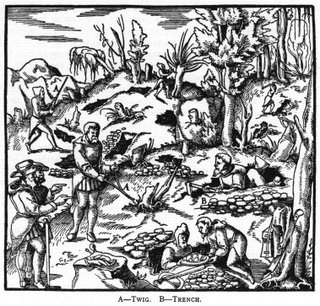 [This is another proposed entry in the Quote Mine Project that I am parking here to aid in editing. If you have any suggestions, corrections or additions, please feel free to leave them in the Comments. Who knows, you may get lucky and I'll even read them . . . ]

"I can envision observations and experiments that would disprove any evolutionary theory I know." - Stephen Jay Gould, "Evolution as Fact and Theory," Discover 2(5):34-37 (1981).

"Scientific creationism" is a self-contradictory, nonsense phrase precisely because it cannot be falsified. I can envision observations and experiments that would disprove any evolutionary theory I know, but I cannot imagine what potential data could lead creationists to abandon their beliefs. Unbeatable systems are dogma, not science. Lest I seem harsh or rhetorical, I quote creationism's leading intellectual, Duane Gish, Ph.D. from his recent (1978) book, Evolution? The Fossils Say No! "By creation we mean the bringing into being by a supernatural Creator of the basic kinds of plants and animals by the process of sudden, or fiat, creation. We do not know how the Creator created, what process He used, for He used processes which are not now operating anywhere in the natural universe [Gish's italics]. This is why we refer to creation as special creation. We cannot discover by scientific investigations anything about the creative processes used by the Creator." Pray tell, Dr. Gish, in the light of your last sentence, what then is scientific creationism?

Note that all of the above sites present the quote with a period at the end that does not appear in the text. This avoids tipping the reader off to the very significant phrase that follows the quoted bit.

But, beyond that, there is a clear attempt to confuse "disprovable" with "disproved" and represent this snippet as an admission of problems in evolution. Gould's statement is, instead, a strong argument for the health of evolutionary theory and against creationism masquerading as science, making this one of the worst examples of quote mining in our collection.