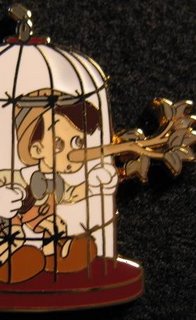 John (formally "John Angus") Campbell continues to live down to creationist standards of honesty. Campbell is a candidate for a school board seat in semirural North Mason County along the Hood Canal in Washington state. Despite being a longtime fellow at the Discovery Institute's Center for Science and Culture and co-author with Stephen Meyer, director of the Center, of the book Darwinism, Design and Public Education, that experience somehow slipped his mind when it came time to seek a seat on the local public board of education:

Campbell said his resume runs 18 pages. In editing it down to a campaign biography, he said, he simply did not have room for all of his academic honors and affiliations.

In a reply to the Seattle Weekly, which reported in August that Campbell is a fellow of the Discovery Institute, Campbell said, "I am not an advocate of intelligent design, but instead a Darwinian scholar who believes in classical liberal education. I have found that students learn best when teachers have the freedom to expose them to competing ideas and arguments even in science."

You have to give him credit, as a retired communications professor, for having learned the technique of the Big Lie so spectacularly well!
.
Link - Posted by John Pieret @ 10:49 PM