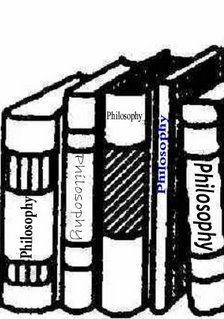 Philosophy Now has a short article by Mary Midgley, the British moral philosopher who is opposed to scientific reductionism and serves as a sometimes sparring partner to Richard Dawkins. The article is, to say the least, provocative.

Entitled "A Plague On Both Their Houses," her premise is that the current clash over creationism versus evolution is an epistemological "Cold War" where both sides have opted for "simple and final certainty." After a brief but thorough diagnosis of the "vacuous" nature of Intelligent design, Midgley gets down to business:

On the religious side, fundamentalists stand by the stark claim which they first made just over a century ago – that the Scriptures, literally read, are infallible. This attitude expresses a deep devotion to the Bible going far beyond what has been normal in Protestantism – a devotion that is characteristically American. ... [I]t is not strange that they clung so hard to it, or that they resisted scientific doctrines which seemed to clash with it, such as discoveries about the age of the Earth and Darwin's suggestions about evolution. So in the late nineteenth century, many American churches strongly opposed such doctrines, and since those churches had wide influence, this opposition resonated in politics as well.

Not surprisingly, this campaign provoked a response. Anti-scientific fundamentalism generated its mirror-image, the dogmatic 'scientific atheism' of sages like John Draper and Andrew Dickson White. And today this same stimulus is producing this same conditioned anti-religious response.

Midgley finds the "open imperialism" of ID, with its attempt to insert "a Creator not as a metaphysical background but as a necessary part of the physical process" described by science unacceptable and, worse, unnecessary and irrelevant, when a "quite unobjectionable" project "to add a spiritual dimension to supplement accepted biological views" could be easily had. On the other hand, she asserts that it is "obvious that there is nothing scientific about atheism" and that God's existence is not an issue "for the tests of physical science; it belongs to metaphysics."

Today, that confusion is clearly doing actual harm. Enquiries about why people are now so willing to embrace Creationism tend to show that they accept it because they see it as the only alternative to something they call 'scientific atheism' or (still more misleadingly) 'Darwinism'. ...

Orthodox science thus becomes discredited by being falsely identified with something that is really quite irrelevant to it – a kind of 'Darwinism' which is not only anti-religious but starkly anti-humane. Undoubtedly this makes the Creation-peddlers' work a great deal easier.

Midgley recognizes that ID is an attempt to construct a "view which will look sufficiently like science to evade the American Constitution's ban on the teaching of religion in schools" and that "it seems so flimsy that it is hard to see how it can impose itself on anyone."

Yet it does, because without some firm understanding of the relation between facts and meaning, people have little defence against such impositions.

Midgley offers no solution, except to exhort those who educate in those areas to consult with each other "to find better ways of explaining the relation between these two aspects of life," which seems a pale prescription in the face of today's "culture wars."

Indeed, her entire premise may be wrong -- it is historically suspect and, at a minimum, overstated, I think -- but its clear enough that, if the perception of the public is that they are being given a choice between promoting ID in the public sphere and promoting atheism, it makes the IDeologists' project so very much simpler.
.
Link - Posted by John Pieret @ 12:01 PM

As I recall, Draper and White were Christians, and their target was mostly Catholicism.

That was part of the "historically suspect" assessment I made. As I remember, Draper was specifically an anti-Catholic (though I'm not sure if he was Christian other than nominally). White was the head of Cornell University, then a Presbyterian school, who wrote his book in support of more science being taught there and more secular education in general but he was not, as far as I know, an atheist of any sort.

Interesting blog. I plan to come back.

Why the insistence on seperating meta-physics from science? Do we use different logic or argument type for the one as opposed to the other?

Why the insistence on seperating meta-physics from science? Do we use different logic or argument type for the one as opposed to the other?

Historically, the separation was needed to systematize and protect science. In fact, separating science from metaphysics/theology over the period beginning roughly with Newton (or perhaps Bacon) and culminating pretty much with Darwin was the change that made the modern scientific method possible.

In my opinion, it is to science's distinct advantage to refuse to deal in metaphysics.