It's the Economy, Stupid! 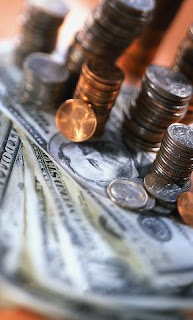 Alan I. Leshner, chief executive officer of the American Association for the Advancement of Science and executive publisher of the journal Science, has an op-ed piece in the Houston Chronicle worth reading if you are a Texan or anyone else concerned with good science education and its effect on America's economic future:

Texas has earned a reputation as an innovation powerhouse in fields ranging from agriculture and life sciences to high technology and space exploration.

But in a report issued this summer, a panel of Texas business, education and government leaders warned that without "critical changes" in state schools — especially in science-related instruction — the state will lose its global competitive edge.

It appears, however, that some members of the State Board of Education are working on a different agenda. Last week, they appointed three anti-evolution activists, including a leader of the "intelligent design" religious campaign, to a six-member panel that will review proposed new science curriculum standards. ...

[T]here is no scientific controversy. Mainstream science and medical organizations in the United States and worldwide, representing tens of millions of scientists, accept evolution as the best explanation for how life developed on Earth. ...

Bringing nonscientific ideas into biology classes creates unacceptable risks. It will confuse young students and teach them to distrust well-established scientific facts. Classrooms could become religious battlegrounds. Lawsuits over policy could drain local school districts. And employers everywhere would worry about the quality of Texas' students.

To maintain the state's strength as an engine of U.S. research and innovation, Texas education leaders should stick to the basics. Students need a solid science foundation to thrive in the 21st century. We don't want our children to be stragglers in an age when clear understanding of science and technology are crucial to the economy and to so many issues of modern life.