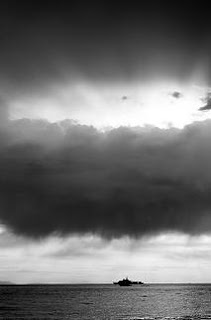 Would someone fire up Bobby Vinton's "Mr. Lonely" on the victrola?

The Harvard Crimson has a piece about the perceived, by some, under-representation of conservatives on the faculty. One of them is government Professor Harvey C. Mansfield, who:

... explained the presidential race in terms of his book "Manliness," which mourns the lack of manliness in a "gender neutral" society.

"The race between McCain and Obama is the classic match-up between a manly man and a sensitive man," Mansfield said. He added that McCain's 'manliness' would translate into a more aggressive national defense policy, which Mansfield supports.

And if that doesn't titillate you enough, he goes on to say that:

... he greeted McCain's choice of Palin with "modified rapture," praising the Alaska governor as a woman who has set up a new model for feminism.

"She has shown that feminism as we have defined it isn't necessary in order to change the state of women," Mansfield said. "It is possible for women to be successful and powerful without bringing with it the bondage of sexual liberation."

The bondage of liberation? Is that anything like Freedom is Slavery?

But the truly hilarious part is this:

"Liberals speak about pluralism, but there is no sympathy for downtrodden conservatives at Harvard," Mansfield said.

Mansfield recommended a form of "mild affirmative action" for conservative candidates in hiring decisions to correct the imbalance.