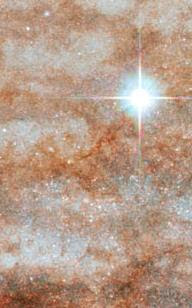 The usual line of argument endorsed by most critics of ID and other forms of creationism is that science in general, and evolutionary biology in particular, makes no commitment to metaphysical naturalism. Metaphysical naturalism is typically construed as [Michael] Ruse describes it: as an ontological thesis, stated with a priori certainty, about the absolute non-existence of entities other than those posited by our current scientific theories. If this is what metaphysical naturalism is, then it is beyond what science can tell us. Evolutionary biology hardly needs any such assumption. In this sense, at least, the usual line of argument is correct. But there is no reason why naturalists should accept such a view of metaphysics, unless, of course, the ultimate purpose is to reject the very possibility of metaphysics. Such a rejection was a rather common desire among twentieth-century philosophers, though, as usual, with many antecedents in the empiricist tradition, most notably, Hume.

But this not the only view of metaphysical commitment. It is, for instance, not the view of metaphysics ... taken to consist of a set of foundational assumptions supposed to be respected by all admissible scientific theories. Once we view metaphysics in this way, as Pierre Duhem -- a practicing Catholic and superb philosopher of science -- pointed out a century ago, science is never innocent of metaphysics. This, presumably, is the kernel of truth in [Phillip] Johnson's claim that methodological naturalism necessarily collapses into metaphysical naturalism. Descartes, Huygens, and Leibniz assumed the mechanical philosophy as they pondered on the motion of planets. Newton, at least in practice, advocated more tolerance about permissible explanations, but put a much greater weight than Descartes on quantitative agreement between the predictions of a theory and the phenomena to be explained. ...

When we do evolutionary biology, we assume the metaphysics of that theory: the type of mechanisms it admits, that is, blind material interactions with no directionality built into them. We accept the role of chance and we accept the lawlike operation of natural selection and all principles of the physical science. When one such 'blind" mechanism fails, we seek another that is equally '"blind." This is all that metaphysical naturalism amounts to, no more and no less.

Clearly, science is based on empiricism and thus can't assume anything "beyond what science can tell us" without ceasing to be science - that is, 1 because of 2.

So, as I see it, 3 ignores the obvious reason (2) and, instead, addresses metaphysics in general, not metaphysical naturalism specifically (1).
It's a disingenuous switch, which allows him to state 4 as if it addressed 1. Obviously, science has some metaphysical assumptions, but they don't relate to the natural/supernatural divide, but to such basics as that there's some external reality, the assumption of repeatability etc.

Of course, this guy is a philosophy professor, and I'm a nobody.
Maybe someone can show me where I've gone wrong.

Um, that would be [Phillip] Johnson's claim :) I'm not sure how big this kernel of truth is.

I'm about to utter heretical words...

How about adopting NOMA2? NOMA2 is "non overlapping magisteria" - but between philosophy and science.

Debates about metaphysical and methodological naturalism can carry on in Philosophy (best of luck guys), and Science can carry on with testable hypotheses and observations.

Philosophy is fascinating, and may have it's uses, but after more than 2000 years there doesn't appear to be any consensus emerging. That's OK, you could say the same about music, or art, or politics, or relgion. It's a thing people do for a variety of reasons.

Science is different in that it has a practical basis. If some contrary observation or theory gains acceptance it is incorporated into Science, but still subject to future testability.

If you are arguing about Science and and the meaning of reality, you are doing philosophy, not science.

And before you reach for your pixels of doom, I confess to writing a little tongue-in-cheek. I never really thought that the original NOMA was well thought out. It's just that there doesn't appear to be any testability in Philosophy so how can it include Science?

I think the root of what he's saying is that there is no clear line between metaphysical and methodological naturalism (or anything else) ... just as there is no "bright line" between science and pseudoscience. That and a definitional quibble about what counts as "metaphysical." I didn't think his approach adds much to an understanding of this area but I thought it was interesting nonetheless.

Strictly sticking to a practical science / philosophical divide would wind up with isolated pockets of narrow knowledge without any connection. Philosophers (which often include the very scientists working on a problem, whether they know it or not) may not usually construct those connections but they identify where they are needed and keep track of how scientists fill them in. The other vital role of philosophers is to keep track of how scientists go about their work, something they are too busy doing the work to bother to think deeply about. Philosophy in general and the philosophy of science in particular is about how we go about conceptualizing and interacting with the world around us. We can't, IMO, understand what science is or what's it's done without philosophy.

JP, I guess so - but there's not much meat on that bone.

Look into my web-site http://pro-vehicleapp.com/automotive-driving-tips-that-will-save-you-money/

Hey!
On this post you clarify a bunch of of the most main ideas.
.
Fairly simple to browse & inclusive of very helpful detail.

Thanks a lot for sharing Blogger: Thoughts in a Haystack!