The True Spirit of American Christmas 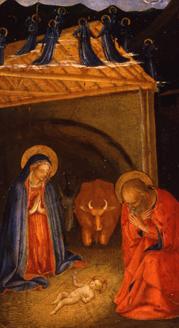 Not far from where I live:

The throng of Wal-Mart shoppers had been building all night, filling sidewalks and stretching across a vast parking lot at the Green Acres Mall in Valley Stream, N.Y. At 3:30 a.m., the Nassau County police had to be called in for crowd control, and an officer with a bullhorn pleaded for order.

By 4:55, with no police officers in sight, the crowd of more than 2,000 had become a rabble, and could be held back no longer. Fists banged and shoulders pressed on the sliding-glass double doors, which bowed in with the weight of the assault. Six to 10 workers inside tried to push back, but it was hopeless.

Suddenly, witnesses and the police said, the doors shattered, and the shrieking mob surged through in a blind rush for holiday bargains. One worker, Jdimytai Damour, 34, was thrown back onto the black linoleum tiles and trampled in the stampede that streamed over and around him. ...

Some workers who saw what was happening fought their way through the surge to get to Mr. Damour, but he had been fatally injured, the police said. Emergency workers tried to revive Mr. Damour, a temporary worker hired for the holiday season, at the scene, but he was pronounced dead an hour later ...

Some shoppers who had seen the stampede said they were shocked. One of them, Kimberly Cribbs of Queens, said the crowd had acted like "savages." Shoppers behaved badly even as the store was being cleared, she recalled.

"When they were saying they had to leave, that an employee got killed, people were yelling, 'I've been on line since yesterday morning,' " Ms. Cribbs told The Associated Press. "They kept shopping."

There are questions about the level of security that was present at the store. After all, we all know how dangerous people get when they are infused with the spirit of Christmas. Naturally, the store is open today.

I bet it was really all atheists, agnostics and academic elites who were waiting all night to get into Walmart just so they could continue to wage war on Christmas.
.
Link - Posted by John Pieret @ 4:49 PM

Comments:
I bet it was really all atheists, agnostics and academic elites who were waiting all night to get into Walmart just so they could continue to wage war on Christmas.

According to one bottom-feeder on my side of the border, it was the n****rs.

This is a new low, even for her.

Receive $130 Paid to You Immediately

The LWS Freedom program makes it possible!
Pros close your sales for you.
Click here to discover how
http://www.lwsfreedom.com/id/greentitan

Exactly, it's not atheists or "niggers" or any other "other", it's people, particularly people in a mob.

"A person is smart. People are dumb, panicky dangerous animals and you know it."