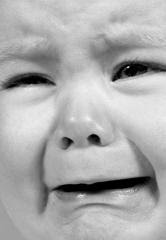 Well, I said that we should expect another round of whining about how elitist academic Darwinists are stifling the academic freedom of Joe Sixpack and his little packlets. That didn't take long. Robert Crowther is at the Discovery Institute's Ministry of Misinformation boo-hooing about the Texas Freedom Network Education Fund's poll.

But, perhaps taking a page out of the Republican's recent (and oh-so-successful) playbook, instead of the rather gentile "elitism" charge, the DI is accusing the TFN of "jackbooted thuggery," in accord with the lunatic ravings of Cynthia Dunbar, one of the members of the creationist wing(nuts) of the Texas State Board of Education. No one can say the DI doesn't know its target audience.

For the reasons I've already indicated, I've no inclination to waste time dealing with the dishonest and delusional. Go have a look yourself. But as far as Crowther's claim that the issue isn't ID but only the "weaknesses" of evolutionary theory, it seems the message isn't getting through to their own partisans.
___________________________________

Update: Josh Rosenau at Thoughts from Kansas did the dirty work and exposed Crowther's dishonesty in detail.
.
Link - Posted by John Pieret @ 10:56 PM