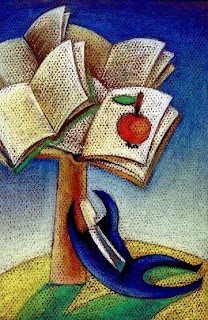 Arri Eisen, director of the program in science and society and a senior lecturer in biology at Emory University's Institute for Liberal Arts, and David Westmoreland, a member of the Board of Directors of the Catamount Center for Geography of the Southern Rockies, have a commentary in The Chronicle of Higher Education entitled "Teaching Science, With Faith in Mind" that bears on the whole "accommodationist" flap.

I've already mentioned Massimo Pigliucci's blog post taking Richard Dawkins to task for suggesting that "we" (presumably the scientific establishment, since he is referring to Jerry Coyne's complaints about the NAS, AAAS and NCSE) go beyond humorous ridicule (which I was unaware those bodies were adept in) and treat the "deeply religious" with "naked contempt." Beyond the ethical question of educators taking such an attitude toward their students, there is the question of how effective it would be as a strategy. Eisen and Westmoreland present a case that it is counterproductive.

Considering science in light of alternative worldviews also often leads to a more thorough analysis of that science and those worldviews — and so, inevitably, people learn the science better. Researchers at the University of Wisconsin conducted a study on teaching evolution to high-school students. The control group was taught in the traditional didactic fashion, while the experimental group instead read original work from Darwin, Lamarck, and William Paley (a founder of intelligent-design ideas). The latter group compared and contrasted the three thinkers, their approaches, and how well one could test their ideas using scientific criteria. The researchers conclusively demonstrated that the experimental group learned evolution better. Such an approach exposes students to alternative views and belief systems without explicitly endorsing or rejecting any, without crossing the church/state line, and without any discussion of the personal views of the teachers.

Of course, it is a little hard to engage students in considering alternative views that one openly holds in naked contempt. It can also have a cost that some of us don't think worth paying:

One of our former students is a case in point. Near the end of her time in college, she reflected upon why she had turned away from her dream of becoming a physician, and perhaps away from science altogether. She had grown up in a devoutly Christian community in the South. She loved science; her mother taught at a Christian high school, engaging both evolution and creation. She came to Emory University because it has a strong liberal-arts program known for preparing students well for medical school. However, over the course of her college career, in various forums — but especially in her science classes — her point of view was dismissed, ignored, ridiculed. Her beliefs, instilled in her from childhood, were not acknowledged or positively engaged at any level.

I have no problem ridiculing silly arguments and treating those who act contemptuously with the appropriate disdain. But they can't gain the favor of my naked contempt just because they are deeply religious; they have to get it the old-fashioned way and earn it.
.
Link - Posted by John Pieret @ 7:57 AM