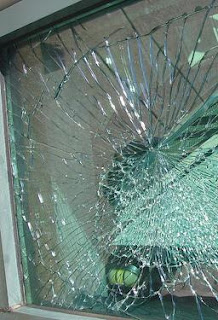 Casey Luskin is engaged in another of his endless multipart screeds rehashing one of his previous endless screeds in which he tries to make a convoluted case that Ken Miller misconstrued Michael Behe as making a claim that the entire blood clotting cascade (BCC) was irreducibly complex, when Behe supposedly only claimed that a part of it was.

So far, over the last eight months, Luskin has produced six posts on the subject and is threatening at least two more. As I summarized here, Ken Miller has replied (much more lucidly) three times and Nick Matzke at The Panda's Thumb has shown evidence that one major bone of contention, whether Behe's explanation of the BCC was substantially different from the one contained in Of Pandas and People is rather irrelevant ... since Behe wrote that section of Pandas as well.

If you can follow the Byzantine labyrinth that Luskin tries to lead his readers down without a terminal case of MEGO, more power to you. There are only a couple of things that Casey says that interest me, beginning with a quote from Behe's own whine about Miller (does it ever end?) to the effect:

In philosophy there is something called the "principle of charitable reading." In a nutshell it means that one should construe an author's argument in the best way possible, so that the argument is engaged in its strongest form. Unfortunately, in my experience Miller does the opposite — call it the "principle of malicious reading." He ignores (or doesn't comprehend) context, ignores (or doesn't comprehend) the distinctions an author makes, and construes the argument in the worst way possible.

It's another classic case of projection by creationists.

The Discovery Institute, in general, and Luskin in particular, has left a slimy trail of ignored, miscomprehended or deliberately distorted contexts, distinctions and arguments. Malicious reading of their opponents is about the only stock in trade the DI has.

Since this multi-whine of Luskin's involves the Kitzmiller case, let's just take a few of the examples of the violations of "the principle of charitable reading" Judge Jones has endured at the hands of Luskin, remembering that there are many other victims and that this is but the tip of the malicious iceberg.

So far Luskin has (based on blatant misreadings of Judge Jones' decision) accused the judge of megalomania; made an ugly accusation that the Judge misrepresented the evidence in the case or did not know what evidence was introduced; accused Judge Jones himself of, in effect, violating the First Amendment; and the unkindest (feeble attempt at a) cut of all: accused Judge Jones of plagiarizing his decision.

But then Luskin makes this revelation: "Darwin's Black Box was the book that first introduced me to ID when I read it for the first time in 1997."

Behe is, apparently, single-handedly responsible for Casey winding up at the Discovery Institute. He's got a lot to answer for ... to the ID movement.
.
Link - Posted by John Pieret @ 10:54 PM

Comments:
I followed your link to "plagiarizing his decision" but couldn't find the connection. Since I don't have time to follow Casey Luskin's depressing sophisms, I assume he found echos of Eric Rothschild's magnificent summation in Judge Jones' equally memorable judgement. Frankly, I myself immediately noticed in the judgement some direct references to the summary, up to and including a few bits of Rothchild's actual phrasing. But so the Hell what? Only a paranoid, dilusional dumbass like Luskin would see in that borrowing of verbage a larger conspiracy. The Pepper Hamilton attorneys made their case effectivly and their summation was brutally succinct. Since his judgement was based on nothing less than the actual evidence, who could blame Judge Jones for merely failing to state the basis for his jugement (in part) more creatively?

In a bit of self-referential laziness, I just linked to one of my own posts, "Do They Have Insurance For This?," where I parked links to a number of refutations of this claim by the DI.

Essentially, it goes like this: in Federal court, judges can, particularly in complex cases, ask each side to submit "proposed findings of fact," in which each side gives a summary of the facts they think the evidence has established. In Kitzmiller, Judge Jones found for the plaintiffs and, naturally enough, adopted large portions of their proposed findings into his decision. However, it amounted to only a relatively small portion of his total decision. There is absolutely nothing wrong with this ... it is the very purpose of making the lawyers prepare proposed findings in the first place.

Judges can't just adopt the findings of fact and not explain why they found those facts required ruling the way they did, but Jones did explain ... at great length and with no little eloquence. The charge is the result of either utter incompetence on the part of the lawyers in the DI, including Luskin, or else a cynical ploy to mislead the non-lawyers in their intended audience. I'm guessing the latter.