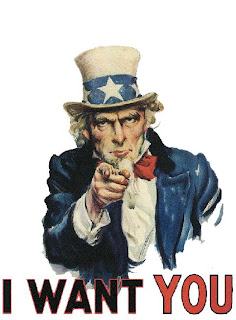 There is less backlash against climate science in Europe and Japan, and the U.S. is 33rd out of 34 developed countries in the percentage of adults who agree that species, including humans, evolved. That suggests there is something peculiarly American about the rejection of science. Charles Harper, a devout Christian who for years ran the program bridging science and faith at the Templeton Foundation and who has had more than his share of arguments with people who view science as the Devil's spawn, has some hypotheses about why that is. "In America, people do not bow to authority the way they do in England," he says. "When the lumpenproletariat are told they have to think in a certain way, there is a backlash," as with climate science now and, never-endingly, with evolution. (Harper, who studied planetary atmospheres before leaving science, calls climate scientists "a smug community of true believers.")

Another factor is that the ideas of the Reformation—no intermediaries between people and God; anyone can read the Bible and know the truth as well as a theologian—inform the American character more strongly than they do that of many other nations. "It's the idea that everyone has equal access to the divine," says Harper. That has been extended to the belief that anyone with an Internet connection can know as much about climate or evolution as an expert. Finally, Americans carry in their bones the country's history of being populated by emigrants fed up with hierarchy. It is the American way to distrust those who set themselves up—even justifiably—as authorities. Presto: climate backlash.

One new factor is also at work: the growing belief in the wisdom of crowds (Wikis, polling the audience on Who Wants to Be a Millionaire). If tweeting for advice on the best route somewhere yields the right answer, Americans seem to have decided, it doesn't take any special expertise to pick apart evolutionary biology or climate science. My final hypothesis: the Great Recession was caused by the smartest guys in the room saying, trust us, we understand how credit default swaps work, and they're great. No wonder so many Americans have decided that experts are idiots.

-Sharon Begley, "Their Own Worst Enemies: Why scientists are losing the PR wars," Newsweek, March 18, 2010

Comments:
Another thing that I think happens a lot, especially considering how rumors spread so easily.

Too many people take away the wrong lesson when it comes to trusting the media. Instead of being savvy or skeptical, they reject the mainstream completely, then find their own sources which tend to be very partisan, and believe every word they publish.

Of course there is one significant difference between evolution and climate change: money.

The truth of evolution doesn't cost anyone anything (not counting public support for universities and museums).

Laws implemented to address climate change, on the other hand, can have a significant impact on jobs for example (a particular concern here in California).

Many people aren't thrilled with the idea of possibly increasing unemployment right now for theoretical climatic benefits in the future.

Add concerns about losing ones livelihood to the other reasons you talked about and you get a pretty potent mix.

Another factor that may be at work is the proliferation of "news" sources. Back when there were 3 TV news shows and maybe 2-3 locally available newspapers, it wasn't so easy to find a news source to reinforce your own preferred beliefs. Now there's a kind of feedback loop. People trust, say, Faux News, because it affirms their beliefs and, since the "news" demonstrates that the world conforms to their beliefs, they become even more certain that they're right and that anyone who disagrees must be dishonest.

"In America, people do not bow to authority the way they do in England."

How about pure crap!

The original article is fairly unconvincing. I could suggest another reason for American Exceptionalism (not that there will be just one) which explains the difference between the acceptance of scientific ideas in Great Britain and the United States. It also could explain the differences between Blue and Red states.

Most villages in Britain are larger than most rural 'cities' in the US. This is not merely a matter of definition - us guys in Britain have a long history of living closely with others, continuity of history, and exposure to early industrialisation. We have seen science (and technology) develop and work over time.

People in the US, particularly those living in small communities, are far less likely to encounter the flux of ideas which circulate in an older more densely populated industrial nation. I suspect that the small tight social networks encourage stronger 'enthusiasms' than in Great Britain.

Do my assertions have merit? Perhaps. In any event they prompted me to calculate the population desnsities which I've been meaning to do for some time.

Another factor is that the ideas of the Reformation—no intermediaries between people and God; anyone can read the Bible and know the truth as well as a theologian—inform the American character more strongly than they do that of many other nations.

What an interesting, and stupid, statement.

We're talking about a country (USA) where huge numbers of people take the word of their pastor over any real expert.

We're talking about a number of countries (Western Europe) where the ideas of the Reformation and the Enlightenment have gone far beyond barriers between the people and the truth. Many Europeans have completely eliminated the middle man (God). That's the ultimate rejection of authority.

A good, root cause of that would be the anti-intellectualism in this country, It leads to doubting experts, being suspicious of media that doesn't reinforce your views (instead of informing them) and - yes - not bowing to authority. A better way of putting that, though, would be not trusting those who have a justifiable authority on a specific topic.

But, when they do adopt an authority - and oh they do - they are fiercely and stubbornly loyal. It's just that their decision-making process is flawed because their anti-intellectualism doesn't allow them to think critically.