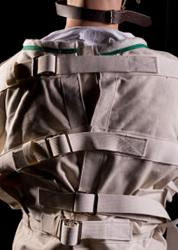 It started to come out a few days ago that a noted evangelical scholar of the Old Testament, Bruce K. Waltke, might have been fired for a video that was posted to the BioLogos Foundation's website, in which Waltke apparently said:

If the data is overwhelmingly in favor of evolution, to deny that reality will make us a cult ... some odd group that is not really interacting with the world. And rightly so, because we are not using our gifts and trusting God's Providence that brought us to this point of our awareness.

The video attracted the attention of conservative evangelicals and let loose a storm of protest. Waltke asked that the video be taken down and it was and BioLogos posted Waltke's clarification of his views. A few days later, Waltke's employer, Reformed Theological Seminary, announced his resignation. It was suspected that he had been forced out because of the video. Now the Seminary has admitted that Waltke's resignation was over the video:

Michael Milton, president of the seminary's Charlotte campus and interim president of its Orlando campus, where Waltke taught, confirmed that the scholar had lost his job over the video. Milton said that Waltke would "undoubtedly" be considered one of the world's great Christian scholars of the Old Testament and that he was "much beloved here," with his departure causing "heartache." But he said that there was no choice.

Milton said that the seminary allows "views to vary" about creation, describing the faculty members there as having "an eight-lane highway" on which to explore various routes to understanding. Giving an example, he said that some faculty members believe that the Hebrew word yom (day) should be seen in Genesis as a literal 24-hour day. Others believe that yom may be providing "a framework" for some period of time longer than a day. Both of those views, and various others, are allowed, Milton said.

Wow! I've never seen an eight-lane highway before where the lanes are an inch wide. The breadth of freedom of conscience that exists at Reformed Theological Seminary runs the entire gamut of A to B.
.
Link - Posted by John Pieret @ 4:44 PM

Comments:
I thought the question was how many eight-laned highways can you get on the head of a pin.

Or am I getting confused with something else?

And, in any event, isn't debating the question of whether a Federation Starship can beat an Imperial Star Destroyer more interesting and fruitful?

I'd express surprise that a religious institution had found that it was forced to expel someone with a heretical viewpoint, but I forget what the smiley is for "this wouldn't be true, even if I were to become a drooling idiot".

I remember that case.

I guess Bruce K. Waltke is another example of Christians being persecuted - by other Christians.