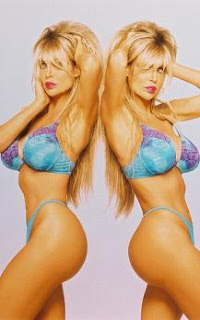 Okay, I promise I won't bring up "cuddling" ever again:

Now let us admit that in one respect, he's right. Science isn't everything. We don't use science to appreciate a piece of art (although, fundamentally, it is a material object and our brains are similarly natural); we don't break out beakers and bunsen burners to determine if we've fallen in love; calculators have limited utility in writing poetry. That's fine, but it doesn't mean that religion fills in all the spaces! I don't consult a priest to find out what I think of a painting, prayer has bugger-all to do with love, and there is better poetry in the world than what we find in holy books. You don't get to simply assume that if science does something poorly, religion must do it well, and that the universe has to be neatly divvied up into these two mutually exclusive domains.

On the other hand, I'm not going to take too seriously the trope that the "New Atheists" are only attacking the ideas of the accommodationists:

So is [Francisco] Ayala claiming that evolution is not a product of god's actions? Or is he just a goddamned dimwitted airhead?

Despite the fact that Ayala is one of the greatest scientists of his generation, he can certainly be wrong about some things ... as some can be wrong about cuddling (did I just break my promise?) ... but does that equate to being a dimwitted airhead?

Comments:
Yes, but the hostile atheists are right and everyone else wrong, and error has no right.

Yes, I keep forgetting that those who know they're right have no need to consider their own arguments, much less anyone else's.

Ran across this at Pharyngula today "When I'm dealing with those neurotypical religiots" I'm sure there's some way to parse "religiot" so it is merely an assault upon ideas and not an assault on people. Right?