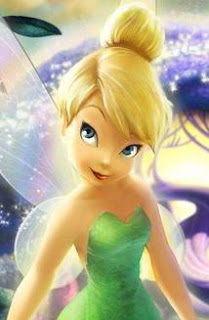 The estimable Lauri Lebo has again documented the utter intellectual vacuity of the Righteous Right cultural warriors ... in this case, the premier example of between-the-ears emptiness, Don McLeroy of the Texas State Board of Diseducation.

It seems that McLeroy wanted Texas history classes to quote Jean Pierre Godet to the effect that "I love America for giving so many of us the right to dream a new dream" as a counterbalance to "the immigrant experience presented by muckrakers and reform leaders such as Upton Sinclair, Susan B. Anthony, Ida B. Wells, and W. E. B. DuBois on American society."

The only problem? Jean Pierre Godet is a fictional character in a novel by a living (though bad) artist, Thomas Kinkade.

Someone apparently was able to beat McLeroy with a clue stick that actually worked for once and the amendment, though circulated among his fellow gits, was never actually offered for a vote.

As Lebo amusingly sums up:

It's interesting that McLeroy chose Kinkade's work to represent his vision of what children should learn. I was perusing through the painter's online catalog and ran across Kinkade's own description of one of his productions:

The nostalgic vision of life is often described as seeing the world through rose-colored glasses. This celebration of community, set in simpler times, near the start of the 20th century, is perhaps best viewed through such tinted lenses!

Or as Tinker Bell says, if you wish hard enough, it will come true.

The only bone I have to pick with Lebo is that anyone who claps their hands to show they believe in fairies is acting much more rationally than McLeroy and his ilk.
.
Link - Posted by John Pieret @ 8:59 PM

Comments:
One hopes against hope that Kinkade's prose is better than his painting...although I think I'll be disappointed.

His stuff is bad enough to wonder if "kitsch" is somehow derived from "Kinkade."

I think the only thing bright about Little Lord McLeroy is the Kinkade like reflection off his head. Even the Republican primary voters in his district have caught on to the harm that he has caused and have voted him out.