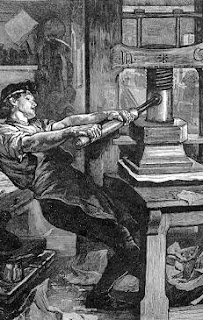 Maher, not known as a particularly logical person, mounts a vigorous, if unfocused, defense of the media. In the course of this the subject turns to Joy Behar's defense of science on The View.

The actual clip from May 5, 2009 (video on The Huffington Post) is Behar badgering Sherri Shepherd into making sure her son Jeffrey hears the scientific proof, that she teaches both, not that the school does:

JOY BEHAR: Sherri, you're going to teach your son science, aren't you? I mean Darwinism is a proven – pretty much --

SHERRI SHEPHERD: I would like Jeffrey to know about other things.

BEHAR: You have to teach both.

SHEPHERD: He will learn about both, but he's going to learn what I'm teaching about my faith.

ELISABETH HASSELBECK: How come some people want to learn about both only when it's what they want to be taught?

BEHAR: Because Darwinism is not some kind of a religious fervor thing. There's proof, scientific proof. And you want your children to go into the world being ignorant of that? That's child abuse, in my opinion.

This is NewsBusters take on it:

So doesn't that disprove Maher's "never" boast? Isn't mocking the biblical story of the world's creation as "ignorance" proof of an attack on Christianity?

It is only an attack on "Christianity" if you can't read your own quote. What Behar said is that it would be wrong to keep children ignorant of science. (Let's not forget that Sherri Shepherd is the bright light who did not know that the Earth is a sphere ... which certainly counts as ignorant.) And, of course, "Christianity" does not demand that children be kept ignorant of science in order to "respect" the Bible ... only a minority of "Christians" would go that far.

Lastly, it is merely amusing that Behar is described as "badgering" Shepherd, while no such descriptor is used about Hasselbeck's attack on Behar. Why does the phrase "fair and balanced" come to mind ... not to mention "glass houses."
.
Link - Posted by John Pieret @ 9:37 PM

Comments:
I keep reminding myself not to be staggered by some people's ignorance but I still get surprised.

Many years back I worked for the BBC in one of the newspaper clippings libraries they ran then to provide information for their journalists and researchers. This was about 20 BI (Before Internet).

At that time the Corporation hired undergraduate students on short-term contracts as researchers. One of them called one day and asked for information about a ship that had been sunk during WWII. I replied that quite a lot of ships had been sunk during the war, was there any more specific information? Eventually, we narrowed it down to the sinking of HMS Hood by the Bismarck.

The final question was what shook me, though: "By the way, who was Prime Minister during the war?" Now, I could understand some kid who had left school at fifteen with barely a qualification to his or her name but this was a university student asking about the biggest war in history which had ended maybe 25 years before and one of the greatest statesman in British history who'd had a massive state funeral barely five years before! How could they NOT know?

Sheppard and Hasselback are embarrassingly stupid. I suppose it's a good thing they have employees to dress them and put on their makeup before they go on camera, otherwise disaster would ensue.