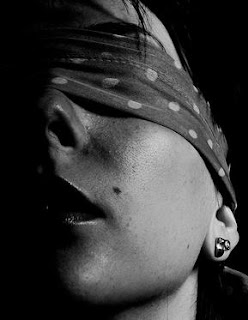 The Chronicle of Higher Education has an Op-Ed piece by Mano Singham entitled "The New War Between Science and Religion." Singham, a theoretical physicist and Director of the University Center for Innovation in Teaching and Education at Case Western, imagines that the "war" is between "accommodationists" and "New Atheists," instead of between those who deny science and those who support it.

However, Singham doesn't have very much new to say on the subject ... which has attained the status of beating the spot in the grass where a dead horse once peed.

There are the complaints that science organizations, such as the National Academy of Sciences, should be purer than Caesar's wife. Then there is the notion that science can test the supernatural.

And could the hackneyed "But the fact that some scientists are religious is not evidence of the compatibility of science and religion," be far behind? ... especially without any apparent understanding that the salient point is that "science" is a methodology -- not a philosophy -- that can be appropriately, often brilliantly, used by people of very different philosophies? Singham's plaint is only relevant if science is a philosophical system -- i.e., Scientism. You don't have to have much truck with Francis Collins to see that Singham has little, if anything, to support that claim.

But there is always a certain frisson when observing someone -- supposedly intelligent and educated -- who can't keep a thought over a few paragraphs. He says:

Why have organizations like the National Academy of Sciences sided with the accommodationists even though there is no imperative to take a position? After all, it would be perfectly acceptable to simply advocate for good science and stay out of this particular fray. ...

But political considerations should not be used to silence honest critical inquiry.

Heh! He'd like to shut up the NAS but objects to being "silenced" -- which amounts to nothing more than being criticized by those who disagree with him, without any coercion by government. This is made even more ironic by Singham quoting Philip Pullman at his own blog:

Comments:
You should contact the Chronicle and write an op-ed. Seriously.

I left a comment there and recommended your blog.
I had a lot of concerns, but one of them is that Singham is identified there as a scientist and author.
He identifies himself as a "new atheist" in the essay, but I think that's not adequate anymore. The Chronicle - and any other publication that publishes an essay like this - needs to adequately spell out the political activism here.
After all, his scientific credentials are not necessarily applicable to the philosophical debate he's writing about.