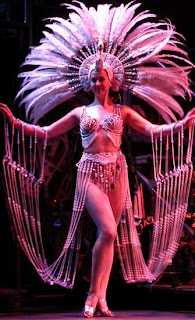 Toni Morrison, a Nobel and Pulitzer Prize-winning American author, editor, and professor, wrote a book, Song of Solomon, that won the National Books Critics Award and was specifically cited by the Swedish Academy in awarding Morrison the 1993 Nobel Prize in literature.

But is that good enough reason for 11th graders (about a year shy of college) in Advanced Placement English classes at Franklin (Indiana) Central High School to be reading it? Not according to a couple of local school board members:

"I was about as appalled as I've ever been in my life," said board member Scott Veerkamp. "I wouldn't want to expose my children to that garbage."

Veerkamp said he and fellow board member Randall Bland received complaints about the book. Veerkamp then asked district administrators to pull it, which triggered a formal review.

"I couldn't even sleep last night when I read some of the excerpts," he said, adding that descriptive sex scenes, profanity, demeaning language and suicide were some of the material he found offensive.

Excerpts? This moron thinks he's qualified to or capable of judging great literature by reading excerpts? Or that it should be judged by what he finds "offensive"? He better hope that I don't get to decide what the state should do based on what I find "offensive"!

Franklin Central Principal Kevin Koers said he had read about half the book Wednesday and wanted to be sure to have a complete understanding of it.

"There is a lesson in the book," he said.

I'm a little surprised that the principal of the school wouldn't already be familiar with the books being used in class but he nonetheless seems to be somewhat unsure that there may be "a lesson" in a work by a Nobelist in literature!

"I don't care who said that it's worthy, that it's classical literature," he said.

"I'm embarrassed that we're even having to address this. . . . These are still children."

Yeah. Like 11th graders have never heard about sex, profanity, demeaning language and suicide. The only one who needs protection from this are adults who have forgotten what it's like to be a teenager.

If I were him, I'd be more embarrassed about broadcasting what a dolt I am.

Thanks to an Anonymous commenter.

Update: Although Morrison's book was originally taken away from the Advanced Placement English students, it was returned to them pending a formal recommendation to district officials by the instructional-materials review committee, which would actually read the novel instead of relying on "excerpts."
.
Link - Posted by John Pieret @ 12:10 AM

Predatory Lending is a major contributor to the economic turmoil we are currently experiencing.

Here is an example of what I am talking about:
Scott Veerkamp / Predatory Lending (Franklin Township School Board Member.)

The Center for Responsible Lending says YSP "steals equity from struggling families."
1. Scott collected nearly $10,000 on two separate mortgages using YSP and junk fees. 2. This is an average of $5,000 per loan. 3. The median value of the properties was $135,000. 4. Clearly, this type of lending represents a major ripoff for consumers.

Please review the following information regarding Scott Veerkamp: Scott is a member of the Franklin Township School Board.