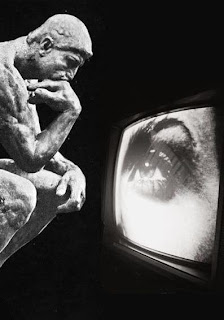 One of the more disconcerting penchants of some "New Atheists" is their willingness to throw over the scientific method when it is convenient to their arguments. We've already seen the fairly harmless example of PZ Myearshertz claiming that cuddling is science when he wants to avoid admitting that he does not apply the scientific method to everything in his life.

The latest example is Jerry Coyne and his discussion of Michael Zimmerman's Clergy Letter Project.

Coyne revives his list of things "supernatural" that have supposedly been tested by science and found wanting, which I've already addressed, though not in depth.

But this is what interests me in his latest:

Zimmerman isn't describing the real world, but the world of left-wing theologians. ...

If you turn on your television on Sunday morning, as I did today, you'll see that real world. You'll see oodles of preachers testifying to the literal truth of God's creation, the Fall of Man, and the power of prayer. What's more, some of these preachers promise salvation, wealth, happiness, or health if you'll just forward a few bucks to their ministries. Aren't those empirical claims? ...

Maybe Dr. Zimmerman should get out more.

Anecdotal "evidence"? ... From television? That's good enough for a supposedly serious argument by someone who prides himself on applying science to everything?

Well, if it is, then this should be good evidence too: after having been raised in the Catholic faith, educated in Catholic schools and interacting with many other theists in the 40+ years since I left faith behind, my experience is that the vast majority of theists do not simplistically believe that prayer brings wealth, happiness, or health. This is reflected in such popular sayings as "God helps those who help themselves," "God answers all prayers ... sometimes the answer is 'No'" and "God works in mysterious ways." In fact, in my experience, the ones who seem to view prayer most simplistically are scientists who think they are testing the "efficacy" of prayer by treating it as a natural cause that will have a direct correlation with empiric effect.

Almost all theists I have known realize that prayer will not result in cures of disease or winning the lottery. They understand that the more realistic goal is a sense of serenity and courage in the face of woes. Coyne is free to dispute that result too but that would take even more evidence than his switching on his TV. The theists I've known would, of course, be relieved if there was a spontaneous remission of some serious ailment they or their families suffered from and might well attribute such a result to the action of God (which, as I explained in the comments to my previous post, can't be tested scientifically). But they would not attribute it to prayer but to the will of God.
The people I know are not, for the most part, "liberal theologians" or, indeed, theologians of any sort. And yet they do not fit Coyne's unevidenced caricature of "most" theists.

Frankly, Coyne should take his own advice and get out more with real people and stop watching television.
.

Comments:
I've seen what Coyne is doing many times before, as it is common among "New Atheists."

I have never seen an atheist directly argue for a literal interpretation of Genesis, as the arguments would be the same as those put forward by Young Earth Creationists, and refuted just as easily.

So instead, Coyne and many others use a different strategy: Rhetorically marginalize theists who accept evolution. Coyne calls them "left wing theologians," Dawkins called them "numerically negligible" and others describe them as following a nebulous belief system that is completely foreign to "real" everyday theists. Of course, the argument is essentially an appeal to ignorance, the opposite of evidence-based thinking.

... the argument is essentially an appeal to ignorance, the opposite of evidence-based thinking.

Wilkins had a good post in which he noted that:

... the term “religion” is polysemic. It refers to no single property or even cluster of properties. We “define” religion as those social and cognitive and psychological behaviours that happen to approximate our own exemplar of it, even if we are atheists: like the joke about the Irishman asking the atheist if he is a Catholic or Protestant atheist. It is simply not a natural phenomenon. There are a plurality of natural phenomena, such as ritual behaviours, certain cognitive dispositions such as the tendency to take an intentional stance to natural phenomena, and so on, that are natural, but the class, the category of religion, is a mishmash.

Of course, the "New Atheists" are selectively choosing their own exemplar of religion and I'm choosing mine. The only difference is that I'm aware of (and/or honest enough about) what I'm doing to acknowledge that my mileage may vary from others. Maybe there could be a scientific study of whose version of "religion" is correct ... and I'd be very interested in the results ... but until then Coyne's claim that he is speaking, in even the remotest sense, scientifically, is a crock.

Using personal anecdotes to refute unevidenced assertions is not very compelling either...

My father really, really, believed in the power of prayer. He never adjusted to the fluffy loving Jesus idea, he always thought God was out to get him. He also believed in faith healing and weird ideas to make his hair grow, even though he met with no success in any venture. He accepted the Theory of Evolution though.

So yes, I expect there are appreciable numbers of people who are believers of the most simple sort.

I don't think anybody disputes there are religious folk who take a very simplistic view of things like prayer. The question is whether or not those who don't are a negligible number, as Coyne would have it.

It's fascinating to watch the televangelists, particularly when they are preaching to a huge, packed auditorium. The money needed to hire such a venue, let alone build one as part of a megachurch complex, ain't peanuts. I also watch the audience to see if I can guess what they're thinking - if anything. I wonder if any of them are actually questioning what is being said or are they all just happy to be spoon-fed their populist pablum.

Obviously, they're part of a much broader spectrum of religious belief and not typical of the rest but are their numbers and influence really negligible?

I expect there are appreciable numbers of people who are believers of the most simple sort.

Like Mike, I agree completely. But that wasn't the question that Coyne was posing. He was claiming (as explicitly as possible given his "evidence") that the simplistic theists are the vast majority while the "leftist theologians" are just a "fringe position". My experience is different. Nor was I offering my experience was "very compelling." My point was that Coyne's "evidence" was no more compelling and, since he he claims to apply science to everything, that is a serious disconnect for him.

Obviously, they're part of a much broader spectrum of religious belief and not typical of the rest but are their numbers and influence really negligible?

Of course not, given that I've devoted large chunks of my time and effort over the last decade and more to countering such views. But anyone who claims the right to "harshly criticise" people who are not simplistic believers, especially through "guilt by association" (as in calling them "enablers" of the simplistic and violent theists), can hardly expect anyone to cut them a break when that make simplistic and stupid arguments.

"Frankly, Coyne should take his own advice and get out more with real people and stop watching television."

I have never met a religiously motivated terrorist. My knowledge of them comes from the media. Should I, therefore, doubt their existence?

I have never met a religiously motivated terrorist. My knowledge of them comes from the media. Should I, therefore, doubt their existence?

Again, the question Coyne posed was not whether such people exist but their relative frequency among theists. Coyne wants to believe that what he calls "leftist theologians" are just a fringe element among theists and cites to televangelists as "evidence" of that point, without any attempt to provide actual evidence of the frequency of televangelists and their followers among the total number of theists. If nothing else, that is very bad science, that he would piss on from a great height if similar arguments were made, say, about adaptationism.

If he wants to pontificate about the "real world" he should appeal to real empiric evidence, rather than his impression of what he sees on TV.