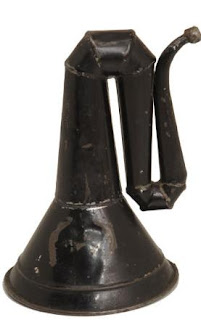 Joe Carter is over at First Things demonstrating a truly tin ear.

For the record, the reason that I claim that atheism fails is because it cannot stand on its own as an internally consistent worldview: Epistemologically it can't account for reliable cognitive functioning; ethically it can't build a system of morality that isn't based on anything other than personal preference; metaphysically it can't really account for anything.

Uh, oh. "Atheism" (by which, I think he makes clear by his arguments but not by explicit statement, he means anything other than theism) can't "account" for "cognitive functioning"? Sounds like Alvin Plantinga's "argument" against philosophical naturalism. That is less than persuasive and Plantinga doesn't attempt to "account" for human cognitive functioning, he simply kicks the problem "upstairs."

The "morality can't be based on anything other than personal preference" canard would only apply to a world where only one person's morality controlled ... someone much more powerful than a Hitler or a Stalin or even a Pope. In fact, "morality" (i.e. a collective judgment of human beings as to what is right and wrong) is well explained by evolutionary theory but badly explained by theism, given how little theists agree on what is "moral."

Frankly, explaining "metaphysics" is a navel-gazing exercise ... assuming, as it does, that human questions about existence are important (though, I grant, human navels are important to humans, if not necessarily to any objective observers, should any exist).

Carter's tin ear is most evident in this:

... I tend to spend time scrutinizing other worldviews because it's much easier to point out where they err than to show how Christianity does not suffer from the same errors.

I have a lot of fun pointing out errors in atheist's, religionist's, creationist's, etc., etc., "worldviews" but have no delusion that my own is exempt. Carter, despite some mouthings to the contrary, has no doubts that his is the right one. And he bases that on the most shifty of sand:

That would be the "philosopher" who testified under oath to the following:

Q. Do you believe that Satan exists?

Q. What is the basis for that?

A. And I might add that it is confirmed by experience, as well.

Q. What experiences have confirmed it to you, sir, as an expert, the existence of Satan?

Q. Could I have that answer read back?

(Thereupon the Reporter-read back the immediate previous answer).

Q. What study have you made of the occult, sir?

A. Uh, I have, uh, read books on the occult, and then also an encounter with people who have had occult experiences. And uh —

Q. Has this been done in a systematic way?

Q. Less than ten percent of your time?

Q. And what sort —and how many books have you read on the occult?

A. Uh, probably a couple dozen books that either are on it or related to it. Uh —

Q. How many people have you interviewed?

A. Oh, I would say probably, if you count as interviewed all those people who have shared with me in experiences and counseling, and discussing about it — probably fifty to one hundred.

MR. CAMPBELL: For the record, I object to these questions on the occult, as to their relevance.

MR. SIANO: Your objection is noted.

Q. Now about — you discussed UFO's — I take it those are initials?

Q. What do those initials stand for?

MR. CAMPBELL: I make my similar objection to UFO's.

Q. What is the basis for your — have you studied UFO's in a systematic way?

A. I have read books on UFO's, seen films on UFO's. And analyzed various theories that have been presented on the basis of the evidence.

A. Not systematically. No, I have not systematically interviewed anybody. I have talked to people, who have had experiences and who have related what they had. But I have depended mainly on the evidence, as provided; by the — Dr. Heinich (sic) from Northwestern University who has done systematic —

Q. How do you spell that?

Q. Have you read his book or talked to him?

A. I have just read his material, I haven't talked to him.

Q. What is your experience with demon possessed people?

MR. CAMPBELL: I make my same objection to the relevance on this point.

WITNESS: My personal experience with demon possessed people is limited to probably about a half a dozen or so cases of people, that in my opinion, on the basis of the evidence I had, probably were influenced by demons.

Q. And do you have any professional opinion, as to the existence of demons?

A. Yea. Yea. I believe that demons exist.

Q. Do you have any professional opinion, as to the existence of UFO's

A. Yes. I believe that UFO's exist.

Q. And how are they connected with Satan?

A. I believe that they are part of a mass deception attempt, that they are means by which Satan deceives because he is a deceiver and he is trying to deceive people. He did it from the beginning in the Garden of Eden, and he has been doing it now through the years. And this is one of the ways that he is deceiving people.

Yeah, I'd put Geisler right up there with Hume and Kant too. But Carter goes on to say:

How would we narrow them down in order to choose the one that best corresponds to reality? I believe the best method is to judge the systematic consistency of a worldview. While it only leads to probabilistic certainty rather than undeniability, systematic consistency appears to be the most reasonable way to judge a worldview from within. We should adopt the worldview that is most internally consistent and comprehensive, the one that most corresponds to reality. In other words, we should adopt the worldview that is most true.

Okay, just beause Geisler is a loon doesn't mean that everything he says is lunacy. But you do have to wonder whether anyone who accepts what Geisler has to say, without any sign of critical thinking, shouldn't fall in the same category. In any event, it sure hasn't lead Geisler to a consistent and comprehensive worldview that most corresponds to reality.

There is more to say, especially when Carter gets to the Flying Spaghetti Monster, but that's enough for now.

P.S. I just have to add, as a lawyer, that the "Could I have that answer read back?" is a classic "lawyer moment," where you go "did he really just say that?" And the "Your objection is noted" is best translated as "That's gonna help you a lot when I'm cross examining him at trial!"
.
Link - Posted by John Pieret @ 11:53 AM

Comments:
It's always fun reading the "thinking evangelical" crowd like Joe Carter. Everything goes along smoothly for a while, and then badda-bing budda-boom right in the middle they go clear over the cuckoos nest. Cuckoo! (Over here in IANAL land we call them the WTF moments.)

That's an extremely kind assessment. This is not only a case of missing the fact that it is cuckoo's nest they're tryimg land at but, nonetheless, their crashing well beyond the "landing strip."

I do hope the Thomas More Law Center has him on their roster of expert witnesses. His testimony at the next 'Dover' could be even more devastating than that of Michael Behe at the last.

...ethically it can't build a system of morality that isn't based on anything other than personal preference;...

Carter has obviously never read the Old Testament. Or is slavery a moral institution in his eyes?