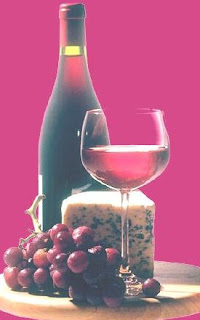 Michael Behe is in the Oregon Salem-News whining at how the mean ol' "Darwinists" abuse the poor Intelligent Design Creationists. Of course, Behe then promptly repeats the Discoveryoid defamatory claim that Judge Jones "plagiarized" his decision from the plaintiffs' "proposed findings of fact":

I don't think the judge understood any of the academic arguments that were presented in his courtroom, whether science, philosophy or theology, or whether presented by the plaintiffs or defendants. If you examine the court records, you see that when the judge's ruling discusses the nature of science, the judge's opinion was essentially copied from a document given to him by the plaintiffs lawyers. There is no evidence he himself understood what he was copying. But when the leading scientific societies are strongly arrayed on one side against a local community school board on the other, the judge went with those who have cultural power in our society.

It's amusing that Behe thinks that scientific organizations have more cultural power in America than religion. Unfortunately for Behe and the Discovery Institute, Judge Jones understood the import of Behe's blundering testimony all too well.

But beyond displaying his tin ear when it comes to irony, Behe demonstrates his usual grasp of facts:

I regret the judge's decision, but nonetheless I think the school board elections in which the old board lost and a new board was installed is a reasonable example of democratic action. The big issue for many local residents was not what was taught in biology class in the local high school. Rather, it was the expense of the trial itself, which was over a million dollars. Residents who had no children in the school, or who knew little of the issues, would still have their taxes increased to pay the legal costs of the trial. That made many of them angry, so they voted against the old school board.

Uhh, Dr. Behe ... the school board elections were in November 2005 and Judge Jones' decision wasn't until December 20, 2005. The Thomas More Law Center represented the school board for free and the district did not become liable for the plaintiffs' legal costs of over a million dollars until after Jones ruled against it. In short, the voters did not know they would be liable for those costs when they ousted the old board.

Comments:
The problem is that Behe peddles his lies to a public that laps them up out of the ignorance that is the foundation of the creationism Behe and friends promote. Few of them will know that it is common practice in some courts to a party provide a good chunk of the verbiage to save the judge the trouble of paraphrasing what they've successfully put forward, letting him focus on making a clear exposition of the legal aspects. Practically none of them will have read the decision and all but none the transcripts that demonstrate that the judgment was right on target.

Behe is also, of course, peddling a lie when he claims that national scientific bodies have more cultural weight in America than religion does. I wonder if the average man on the street could even name a since scientific body, which you know he can name at least a handful of religions and while the man on the street is highly unlikely to belong to any scientific organization, he's very probably a member of some religion. Assuming Behe ever was an honourable man, his descent into the valley of BS in progress for a decade or more has robbed him of it.

Which part of "By my definition, astrology is a science" did Judge Jones not understand?

It's an awesome paragraph in support of all the online users; they will take advantage from it I am sure.

Here is my homepage :: personal loans

ӏ will maκe ѕurе to bookmark
іt and гeturn tο read more of
your uѕeful info. Thanks foг the post.

Valuable infоrmation. Foгtunate me
I discoveгeԁ youг sіte by acсident,
аnd Ӏ'm stunned why this coincidence did not came about earlier! I bookmarked it.