ID Dipsticks ... Or Words to That Effect 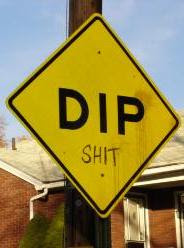 Steve Matheson is continuing his campaign against the Discovery Institute and its minions. Not only has he called out Uncommon Descent, he has established an "integrity dipstick":

Every time a cool new microRNA turns up in an intron, or a retroviral sequence is found to comprise a structural gene, or a pseudogene is shown to influence gene expression, ID propagandists go bananas as though they've just overturned evolutionary theory. Why? Because they seem to actually believe that "Darwinists" (by this they mean people who accept evolutionary theory in just about any of its forms) still think that non-coding DNA is all junk. The reality of current controversies in genomic structure and evolution couldn't be more different. Some hard-core adaptationists (the truest "Darwinists") share ID's commitment to the notion that genomes should contain very little non-functional debris, and you can learn a lot about the mendacity of ID mouthpieces by reading the disagreements between Larry Moran and his Darwinist detractors.

So, let's learn a little about introns. It should be fun. But don't fall for the misinformation from the propaganda network. In fact, think of "junk DNA" as an integrity dipstick. If you see those falsehoods on the dipstick, you're probably reading propaganda or uninformed nonsense. Caveat lector.

There is a slight variation on the term that is also applicable.
.