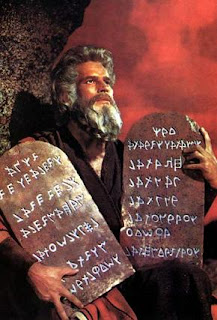 One Jack Wellman, a self-described "Christian author and freelance writer," is rehashing the "Moral Argument" for the existence of God supposedly advanced by C.S. Lewis. To be fair, I've never read Lewis (even his children stories), so I don't know if the silliness of Wellman's version can be blamed on him. Here is Wellman's account of it:

Contrary to Wellman's assertion, it is not obvious that the first premise of the syllogism is true, at least without a definition of "objective."

More importantly, the "evidence" Wellman gives for the truth of the second premise is, to say the least, suspect:

Premise 2 seems intuitively obvious to most people. Mass murdering is unequivocally, objectively wrong. Killing innocent children, torturing animals, have dog fights…all for fun is objectively wrong. That is it is wrong for most of humanity, everywhere. These morals exist worldwide as universal morals. Now if anyone denies premise 2, they don't need an argument, they need help.

Need help? Does that include Yahweh? After all, it was the God of the Israelites who sent them to commit mass murder against the Midianites and, when the soldiers couldn't bring themselves to slaughter women and children in the course of the battle and, instead, brought them back to camp, it was that same God who, through Moses, ordered that:

Numbers 31:17 Now therefore kill every male among the little ones, and kill every woman that hath known man by lying with him.

18 But all the women children, that have not known a man by lying with him, keep alive for yourselves.

That, of course, is the problem with so-called "objective" morality supplied by alleged gods. It has certainly changed over time and always was contingent on time and place. After all, the slaughter of the innocent Mideonites occurred when Moses had barely gotten down from the mount with the 10 Commandments, including "Thou shalt not kill." If God can change his mind as to what is moral in that short a time, then there is no sense in which morality based on his fickle commands could be said to be "objective."

Even if you blame Moses for misunderstanding the command of God, that goes to prove that human beings have no reliable knowledge of what those "objective" morals might be. After all, if someone like Moses, who supposedly had direct conversations with Yahweh can't get it straight, how can anyone be expected to, especially in the face of all the different moral rules advanced by all the various religions in the world?

Thus, not only is the supposed evidence for objective morality called into question but so is the idea that, even if God exists, he/she/it is any guarantee that anything like "objective morality" exists.

Lastly, Wellman admits that morality could evolve but raises the ol' argument: "How could the killer be held responsible. He is a victim of his brain chemistry." That's simple enough. We're not dealing with "objective" morality, remember? We can decide, at least when a person is capable of understanding right from wrong, that whatever genetic (or, more likely, socially induced) impulses drove the murderer are not sufficient excuse for his or her actions. We can collectively decide, based on most humans' ability to control such impulses -- for whatever reason -- and our self-interest in protecting society from those who can't, that we'll punish murders regardless of their brain chemistry or upbringing.

Indeed, doing perfect justice would be more imperative if "objective morality" existed and we knew what it was. And yet we know that no society has ever achieved perfect justice. Are we then to stop dispensing justice at all?
.
Link - Posted by John Pieret @ 4:34 PM

More importantly, as far as Wellman's argument is concerned, since it was "intuitively obvious to most people" at various times that infant sacrifices, slavery, the killing of heretics, etc., etc. was moral, that must mean it was moral at the time and that, somehow, "objective" morality changes over time.

The C.S.Lewis passage he quotes doesn't seem to me to pertain to morals, but rather to epistemology (it's just another version of Plantinga's argument). Now the relevant passage of Lewis that I do recall is from Mere Christianity, consisting of a muddled account of "instincts", and how the Moral Law helps us decide which instinct to obey at any moment. What Lewis fails to recognize is that our sense of what we "ought" to do is just as much a psychological phenomenom as any other impulse that may bear on our actions -- it does not have the ontologically privileged position Lewis gives it.

As for Wellman's insistence on his premise 2: what you said. He seems to have lead a rather (historically) sheltered life.

Surprise, surprise, yet another religious person who thinks that universal morals are objective morals.

As you point out, not only are the morals not universal, but also, we have no way of knowing which, if any, are objective. So it doesn't really matter if morals are universal or not, premise 2 is still not supported.

It's funny how these "objective" and "universal" morals always turn out to be the same as those of the person proposing the idea...

The 3-step argument is logically flawed. He says
If A, then B;
A is false;
Therefore B is false.

Similarly,
If my car is red, my house is yellow;
My car is green;
Therefore my house is not yellow.

He builds into his first premise that "God" and "moral values" are equivalent, something that he has not argued convincingly.