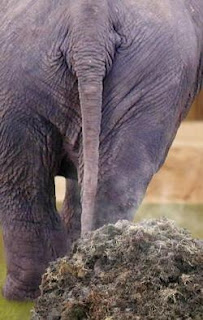 Ken Mercer is quoted at Burnt Orange Report as saying, in response to the question: "What is your position on the teaching of evolution?":

"My biggest quote was, 'If our kids do not have the freedom to raise their hands in science class and ask honest questions, then we are no longer living in the United States of America.' You can call it strengths and weaknesses, but we won the right for kids to ask questions in class, and that was the battle. It wasn't religion. It was just a right to ask questions."

That is the same Ken Mercer who, when the Texas State Board of Education was fighting over injecting that "strengths and weakness" language into the science standards, said:

He also said that one of the "weaknesses" in evolutionary theory is the "controversy" over "macroevolution," though:

Most people of faith agree with what is commonly referred to as "micro" evolution," small changes that are clearly visible.

So, of course, Mercer didn't have religion in mind at all!

It is also a load of manure that the neo-theocrats on the board only wanted to protect the right of students to "ask questions." Any good teacher will allow students to ask! But good teachers will also refuse to allow students to disrupt classes or waste class time with irrelevancies. While this can be a delicate task for teachers faced with students wanting to discuss creationism in a science class, what Mercer and his coconspirators wanted was to mandate that teachers lead class discussions to:

... "analyze and evaluate the sufficiency or insufficiency of common ancestry to explain the sudden appearance, stasis, and sequential nature of groups in the fossil record" ...

... among other inanities. And inanities is just what Mercer has in mind. This is an example of what he thinks are the "weaknesses" of evolutionary theory:

The controversial "macro" evolution was commonly understood as those major changes that could occur if one species jumped to another. For example, have you ever seen a dog-cat, or a cat-rat?

Comments:
The thing I can't figure is whether someone like Mercer is really so stunningly ignorant of evolution that he believes it is about 'dog-cats' or is he so cynically dishonest that he knows it's BS but knows that much of his audience will be that ignorant. One hopes the former.

BTW, across the blogosphere, bags of excrement are rightly taking umbrage at your comparison.

... is really so stunningly ignorant of evolution ... or is he so cynically dishonest that he knows it's BS but knows that much of his audience will be that ignorant ...

I'm not at all sure that they are mutually exclusive.

BTW, across the blogosphere, bags of excrement are rightly taking umbrage at your comparison.

You're quite right. Fertilizer is much more useful than Mercer and should not be lumped in with him.

"Commonly understood" is like that kind of "common sense" the yahoos like to say is so much better than hard science and mathematics. And so commonly wrong.

We're having a hard time around here trying to reduce nutrient input into Chesapeake Bay, which impairs its quality. Now I hear something about efforts to teach ID in Cecil County schools, at the head of the Bay, adding more manure to the nutrient load.