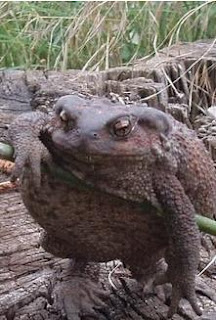 At least if you listen to Rick Santorum:

Obama is detached from the American experience. He just doesn't identify with the average American because of his own background. Indonesia and Hawaii. His view is from the viewpoint of academics and the halls of the Ivy league schools that he went to and it's not a love of this country and an understanding of the basic values and wants and desires of it's (sic) people. And as a result of that, he doesn't connect with people at that level," said Santorum.

Last time I looked, Hawaii was part of the US and Alexander Hamilton was not hurt, patriotism-wise, by being raised abroad. As for being educated, Thomas Jefferson and James Madison attended one of the premier universities in America at the time, William & Mary, as did sixteen of the signers of the Declaration of Independence, and John Adams was a Harvard graduate.

It's impossible to tell if Santorum actually believes this crap or is just playing to the looniest tea party wing. Either way, he is a despicable toad.*

Comments:
You will understand if the toad community is hesitant to accept your apology.

I think you should have put "Real American" in ''.

Oh, and I too object to likening Santorum to a toad. I had myself in mind a different 4 letter word beginning with t and ending with d, but even that might be an inadvertant slight against Santorum's metaphorical equivalent.

Yes, you should apologize. Toads clearly are using the brains they have. Santorum stopped doing that some time ago.