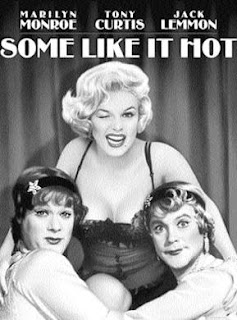 In the category of knickers in a knot, there is this article "10-Year-Old Boy Used as Grand Marshal of Arkansas Homosexual Fest" at something called LifeSiteNews:

A 10-year-old boy is being used as Grand Marshal of an Arkansas homosexual pride parade this weekend. The move has attracted opposition from pro-family leaders, who have decried the movement's exposure of the boy to the lewd festival of sexual deviancy as "a form of child abuse."

The boy, Will Phillips, attracted national media attention last year after he refused to say the Pledge of Allegiance at school, saying that homosexuals are refused "liberty and justice" because the government defines marriage as between a man and a woman. ...

"It's shameful that adults would abuse a brain-washed child in this way," said American Family Association president Tim Wildmon. "He's obviously just parroting the nonsense he's been told by manipulative adults. For gay activists to trot out this child and make him the poster child for promoting unnatural sexual expression is a form of child abuse."

Brain-washed? For thinking "with liberty and justice for all" actually means all? The Pledge of Allegiance is "nonsense"?

Does he sound brain-washed?

This part is creepy:

Brian Camenker, the leader of MassResistance, a pro-family group in Massachusetts, told LifeSiteNews.com that saying Phillips is being "indoctrinated" is "not a strong enough word."

"They are taking these kids who are in a very vulnerable and formative time in their lives, and basically telling them they're gay or what have you," he said, adding that "the kinds of things that go on in these parades ... are just really gross and hideous."

"Transexual, S&M, they're getting more into young kids," he said.

Camenker related the story of a MassResistance volunteer whose daughter similarly drew media attention when, after being pressured by the gay-straight alliance at her high school, declared that "she's a lesbian, hates her mother and father, [and] has this lesbian girlfriend."

"The gay newspapers of course wrote it up, because she was involved with us, and they were inviting her to be involved with the gay pride parade ... even the Boston Globe called her up to interview her," he said. Things changed, however, when the girl's mother removed her from the school and sent her to an out-of-state Christian school. The girl is now preparing to marry her male fiancé in August, and, according to Camenker, now dismisses her youthful flirtation with lesbianism.

"She wasn't lesbian any more than I was a lesbian," he said. "I think that happens with a lot of kids. So this is really dangerous."

Why do I suspect that these people know a thing or two about brain-washing.
.
Link - Posted by John Pieret @ 11:40 AM

Comments:
Wasn't it some religious guy who said something like, "Give us a child by age 10, and we'll have them for life."

"Give me a child until he is seven, and I will show you the man." Jesuit saying.

Why, thank you! (I suppose I left that info around somewhere on the intertubz.)

Ah, I love the smell of irony and hypocrisy in the morning!

And many happy returns, as well!

As you apparently have a solar rotation re-occurrence of your appearance on this planet have a good one!

Thanks all. Whilst this planet has gone cycling on according to the fixed law of gravity, for some reason, so have I.