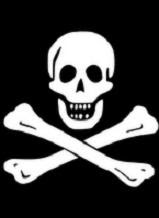 Stephen Matheson is a Christian. He also teaches at a Christian institution, Calvin College. But, mostly, he is a scientist ... specifically, a biologist.

He has been doing a chapter-by-chapter deconstruction of Stephen Meyer's Signature in the Cell:

Recently, Matheson has been distracted by real life (you know, real science and real education) and has yet to complete his review of Meyer's bloated screed, though I will continue to follow for new installments and will be posting them all in some convenient place.

Of course, the Discoveryoids are particularly discomforted by Matheson, who they have a hard time categorizing as a "Darwinist" ... by which they mean a philosophical materialist ... and, therefore, his criticism cannot be as easily deflected by ad hominem.

Matheson and another actual scientist, Arthur Hunt, decided to beard the lion on its own favorite turf, Biola (Bible Institute Of Los Angeles) University. As Matheson pointed out, that promptly resulted in his being "quotemined and utterly misconstrued" by the Disco 'Tute's spin machine. Matheson has been exposing that dishonesty here:

Bread and circus: Signature in the Cell at Biola (Part I)

Bread and circus: Signature in the Cell at Biola (Part II)

Bread and circus: Signature in the Cell at Biola (Part III)

Most recently, Richard Sternberg, the king of pseudo-martyrdom, has been making such a fool of himself over something that Matheson wrote that Larry Moran has, in a perhaps slightly surprising alliance, taken to whacking Sternberg over his lack of knowledge of biology and arithmetic. Now Matheson who, unlike Larry, tends to be generous (perhaps to a fault) in assessing the motives of those who disagree with him, has apparently had enough.

After responding to Sternberg with no little ... and literary ... sarcasm, Matheson stated that "it will be useful to send a clear message to the Discovery Institute as an organization, now that I've seen its mode of response to me since Meyer and I met."

And then he hoisted the Jolly Roger.

For those of you that don't already have Quintessence of Dust in your newsreaders, I strongly urge you to add it.

This could be fun!
.

Comments:
It will indeed!

For those of you who haven't bookmarked Matheson's blog yet (or visited Pharyngula of late) here is Matheson's latest ... and it's a doozy!

Steve is a solid guy who appears to be getting fed up to the gills.

I don't blame him.