Yogi At the Bat 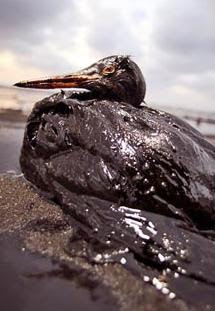 In the present state of American politics, it was bound to happen that attempts would be made to blame the British Petroleum oil disaster on the Obama Administration. Failing to make a case that, just a little over a year into its tenure, the administration should have managed to have reformed the up-until-recently obscure Minerals Management Service, the finger pointing has devolved into the supposed failings of the "response" to the disaster. Unlike hurricanes, such as Katrina, and the subsequent flooding, the well blowout is a first-time event, and we have no prior experience to guide us. So what should have been done better?

This editorial, "New drilling can wait," in the Kansas City Star may exemplify the less rabid form of the criticism:

The Obama administration has been unimpressive in its response to the spill from the beginning. At first the president was low-key, and he waited too long to visit the disaster site. Then he started giving angry speeches and showing up for gulf photo ops, but the government still failed to require BP to take aggressive action.

Being "low-key" ... that is, calm and collected ... in the face of a disaster is wrong. But so is giving angry speeches. Not visiting the disaster site is wrong but so is visiting the site for photo ops, which is what is going to happen anytime a President visits someplace, and about all the President can do while visiting a disaster site, short of putting on Superman's cape, diving a mile deep in the ocean and plugging up the leak with his bare hands. In short, the editorial thinks the President could have done better political theater ... as if that would have made a single thing better. Nor is there any mention of what "aggressive action" BP could have been ordered to take that it isn't already doing.

But the credit for the stupidest criticism yet has to go to Rudy Guliani. I heard this on a New York sports talk show that was broadcasting from a charity golf tournament hosted by Yogi Berra. Rudy actually said that Obama's biggest mistake was not doing what Rudy would have done: assembling a committee of advisers drawn from executives of the other mega-oil companies, such as ExxonMobil, Shell, etc.

Riiight! As if they wouldn't be tempted to advise the President that their competitor undertake every expensive, no matter how dubious, remedial action. Worse yet, Rudy, unlike the editorial, keeps singing "drill, baby, drill," criticizing Obama for imposing a six-month moratorium on deep-water drilling ... no doubt based on those other oil company executives advice that if they "follow proper well design, drilling, maintenance and training procedures accidents like Deepwater Horizon explosion on April 20 'should not occur.'" In other words, "New regulations, we don't need no stinking new regulations." Talk about putting the foxes in charge of the hen house!

There are sure to be things that the administration could have done better in the face of this mess. That is just inherent in the nature of the beast called government. The editorial may have identified one such area when it points out that the commission that is supposed to investigate and make recommendations on how to prevent similar disasters is not yet up and running. Still, hiring people just for the sake of hiring them is not a good way to proceed either.

The issue for future historians will not be "could anything have been done better" ... that is trivially certain to be true ... but whether basic competence was exhibited in the face of extraordinary circumstances.

Comments:
This is not "BP's" disaster it's the oil industries disaster and you can bet that if one of the other mega-multi-nationals had a solution to the problem they would have offered it to BP long ago.

You're right of course. If I remember correctly, they were lending BP equipment early on because they could see how it would harm them too.

There was a fine display of irony on NPR recently. Their reporter in Louisiana was interviewing locals about the disaster and getting the usual responses. None of them felt that America's demand for oil was at all responsible. Right at the end the reporter noted that almost everyone interviewed had been driving a gas-guzzling SUV or pickup.

Actually, speaking as a Brit, who has also just become a naturalized American, I think it is secretly revenge for losing the Battle of New Orleans in the War of 1812.

So, just when did the Brits invent the supid ray anyway?

Ironically, I recently received a proxy for a stockholders' meeting of another Big Oil company. Several stockholders had proposals regarding environmental issues (including "Louisiana Wetlands"). The Board of Directors recommended voting against all of these because, essentially, "you can trust us."

"Ya wouldn't want to tie our hands when there are short-term profits to be made, would ya?

They ain't alone, of course. Just listen to the bankers crying about Congress maybe taking away the pretty but dangerous toys called derivatives.

I'd rather have Yogi batting for my team than Rudy.

I'd far rather have Yogi thinking for my team than Rudy!