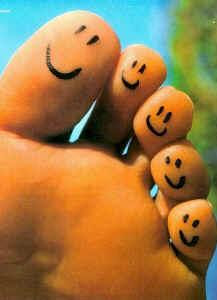 Hey, our old friend, the Rev. Tony Breeden, is back trying to attract attention. This occasion is the Kanawha Creation Science Group's Creation Conference coming up in August.

[W]e are also introduced to an element that is once again foreign to us. Leviathan apparently had another, more horrific, trait. Consider verses 19-21: "Out of his mouth go burning lamps, and sparks of fire leap out. Out of his nostrils goeth smoke, as out of a seething pot or caldron. His breath kindleth coals, and a flame goeth out of his mouth." This absolutely must tell us that leviathan was able to breathe fire!

This concept may seem more fiction rather than fact. However, do not forget that lightning bugs and some beetles have a form of combustion internally. According to some scientific theories, all that would keep a creature from being able to convert the internal combustion of the insects mentioned earlier is a store of oxygen and a vehicle to spray the fire. Such ideas certainly draw on the images of fire breathing dragons of old.

Fiction? Naw! After all, there's always this.

The Clergy Letter Project has a total 12,614 signatures as of July 7th. The Creation Letter Project, on the other hand, has 257 as of last count. But wait a moment! Perhaps sensitive to criticism that some of the signatories weren't clergy, Rev. Tony has a new list just for "Pastors, Youth Pastors, Sunday School Teachers, Evangelists, Chaplains & Missionaries." And there he has a whopping 65 signatures (70, with some additions in the comments).

It is disgusting that this modern-day Goliath gets to mock the people of God, flaunting the compromise of some of our ministers as if it represented the majority opinion, with no answer in kind. If they managed nearly 12,000 signatures, surely there are as many, if not more, who will stand up for Biblical Truth! We believe that there are a greater number of clergy who actually believe in a literal, historical 6-day Creation as related in Genesis.

Comments:
Thank you for helping us to advertize the 8th annual West Virginia Conference and, as always, >CreationLetter.com!

I am thankful for every signature we've obtained and I'm confident that God will continue to bless it, so keep watching.

Of course, you're quite welcome to attend this year's Creation Conference. We'd love to have you. If you come, be sure to introduce yourself. I won't bite. Time allowing, we might have a cup of coffee and a bit of conversation! [It's often the conversations you have with those who don't agree with you that are the most interesting, but I suppose that goes without saying]

Hee ... glad to do it. I'm sure that anyone who learns of your conference through my blog will be very receptive of your message!