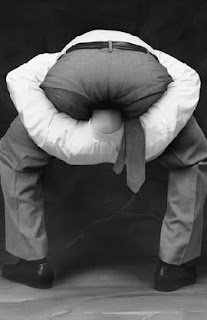 Diana West is a moron.

When you are a columnist syndicated by numerous news outlets, you presumably don't want to write blather that contains its own contradiction. Obliviousness or, worse, pandering to religious biases to sell stuff, is the mark of a moron.

The occasion for this is West's reaction to the speech by Britain's Conservative Prime Minister, David Cameron, urging Turkey's admission to the European Union. Now, there may be good reasons not to admit Turkey to the EU but, if so, West doesn't have a clue what they are. Hers are all bound up in false theology:

Never mind the EU's deliberate omission of "God" or "Christianity" in its 439-page constitution.

... West writes from the vantage point of a country whose much shorter and much more elegant Constitution also deliberately omitted mention of "God" or "Christianity." She goes on to say:

But there is another implication to the debate: that Western identity is merely an atavistic expression of petty insularity. Free will, free conscience – the evolution of individual liberty – is the fruit of Judeo-Christian civilization, one that Islamic doctrine is unable to produce.

Tragically, it is also one that Westerners are throwing away.

That "Judeo-Christian" is particularly cute. Even excluding the Nazis, with their "Gott Mit Uns" belt buckles, shoving millions of Jews into gas chambers, Europe's record on allowing Jews freedom of conscience and liberty was appalling well into the 20th Century.

How Jews keep from screaming whenever these Christianist bigots wrap themselves in the mantle of Judaism, I'll never understand.
.
Link - Posted by John Pieret @ 8:36 AM

Comments:
May I repeat my usual mantra on this? "Judeo-Christian" means: "Ignore the fact we treated you like shit for 16 or so centuries, now that it's politically expedient, we'll let you be honorary Christians".

Yet there are more than a few Uncle Toms who go along with this (Dennis Prager, Ezra Levant....?).

I scream on the inside all the time.

And, adding salt to the wound, is the fact that "Judeo-Christian" was coined by 19th-century German anti-Semitic neo-pagans who saw Christianity as contaminated by Judaism, so their anti-Semitism turned into anti-Christianity/neo-paganism. This movement was influential on Nazi ideology, including some pretty high-ranking officials -- Himmler, I believe but am not sure, was one of those.

So yeah, those Christian bigots have me pretty much screaming on the inside all the time.

This movement was influential on Nazi ideology, including some pretty high-ranking officials -- Himmler, I believe but am not sure, was one of those.

I've recently seen a couple of TV documentaries (always to be taken with a grain of salt) that claim that Himmler was a pagan and instituted pagan rites in the SS. It certainly wouldn't surprise me.

Good post and informative. If you are looking to ace your AP exam, take a look at Best AP Books

Need help Writing your Essay, I found great resources that can help you. Take a look at over 3000 free articles and Essays.