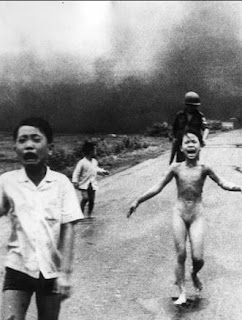 Dan Gilbert at Rationality Now has a thorough deconstruction of one of Answers in Genesis's videos: "Four Power Questions to Ask an Evolutionist." It's well worth the read.

But one point struck me as needing a bit of addendum:

In his argument that the creation days were six literal days, he uses a weak example of the Ten Commandments being simple to understand in plain language ("Thou shalt not steal… Thou shalt not murder") meaning that the rest of the bible is simple to understand in plain language, too. So when the bible says "six days," it means six literal days. This is important because, as emphasized repeatedly by AiG speakers, if you don't believe Genesis is real, then the rest of the bible falls apart.

"Thou shalt not murder" is simple to understand? Hmmm ... wouldn't cold-blooded killing of children, no matter what the sins of their parents, count as "murder"?

Numbers 31:17 Now therefore kill every male among the little ones, and kill every woman that hath known man by lying with him.

That was Moses ... you know, the guy who supposedly wrote Genesis ... ordering the Israelite soldiers, who couldn't bring themselves to slaughter women and children in the course of the battle as they had been ordered to do and, instead, had brought them back to their camp, to kill infants.

The Ten Commandments are simple to understand? Only if you are so simple-minded as to not actually read the Bible.
.
Link - Posted by John Pieret @ 11:03 PM

Comments:
Yeah, but Moses said "kill," not "murder," so it's like totally okay!

Whereas the Christians wanted a universal ethics -- and were heavily influenced by similar attempts by the the Hellenistic philosophers -- the ancient Jews do not seem to me to have been interested in a 'one size fits all' ethical code. They seem to have been interested in how to be Jewish and how Jews are set apart from all other tribes. So I don't see a conflict between the Ten Commandments and the passage from Numbers, however reprehensible the latter is by our more sophisticated sensibilities.

But then they and the Bible in general are not simple to understand in plain language, but have to be understood in their historical and cultural context ... contrary to AiG's argument.

Which Ten Commandments are we talking about? Here's a handy chart. Depending which sect you belong to, they look a little different. Sure, just pick one, but then you have yet another complication.

BTW, I tried to write my own set, since people were insisting we had to have them plastered all over public buildings. So far, no one's offered to start a religion around them.