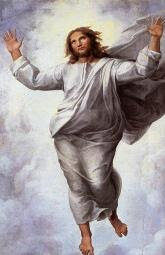 PZ Myearshertz is already on this but I think he missed the real story.

Harold Camping has predicted that Christ will return on May 21, 2011 and the Earth will be destroyed five months later on October 21, 2011.

A group that claims to be unaffiliated with Camping is encouraging people to put up bus bench ads announcing the Second Coming all across the country. But that's still not the story.

This is. As Lauri Lebo points out, the Colorado Springs Gazette interviewed a person who had sponsored one of the ads, at a cost of $1,200. It turns out that she is unemployed. But not only did she waste her money, she goes on to say:

There are things I felt I always wanted to do—get married, have a kid, travel more," she said. "But it's not about what I want out of life. It's about what God wants.

Lebo calls it "the saddest quote I have ever read in a news story" and I agree. As I know all too well, life is short and wasting 10 months sitting around waiting for something that isn't going to happen, instead of working on those other good things, is a shame.

Some day she might wish she had those months back.
.
Link - Posted by John Pieret @ 9:57 PM

Comments:
Now I *definitely* have to stay up and post the rant that's been building in me over this....

I'll be looking forward to it.

Done. (At Opinionated Bastards, of course. My wife won't let me use that sort of language at HAOblog or TFF ;-).

Even if you think the world is going to end, wouldn't you want to do all the things you hadn't gotten around to doing? What a waste.

Cujo: Keep in mind that these people don't think this is the end -- they think they're being taken straight to the great Theme Park and Spa Resort In The Sky. So their bucket list looks a little different than yours or mine would....

Quoth Eamon:
My wife won't let me use that sort of language at HAOblog or TFF

Lest I get a reputation as a repressive prude, I wish to point out that I think it is quite a wonderful rant in its place on Opinionated Bastards.