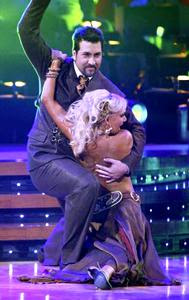 They had a weird sort of debate for candidates for governor of Tennessee recently, where the three Republicans and one Democrat participated. (Does Tennesse have one of those nonpartisan primaries?)

Anyway, the question of teaching the science of evolution as opposed to Intelligent Design Creationism (as you'll see, every candidate fully understood that ID is creationism) came up. You can find an audio file of that section of the debate here. I've done my best to make an accurate transcript of it -- leaving out the ums and repetitions -- but, as politicians often do, they were speaking very, very, fast with very, very, little regard for making any actual sense. Any corrections to my attempt will be welcomed.

An audience member, Whitney Dickerson, asks: "Do you believe Intelligent Design and/or Evolution ... should be in the public schools?" The responses were:

I think there is a place for talking about evolution in our schools and there is no question about that. But the bottom line is I much prefer a more traditional curriculum for our school students, especially at a very early age. We can blend science and religion in that regard and the two do not have to contradict each other and I believe as long as we are responsible with it -- work with our teachers -- we can give our students the kind of encouragement they need to [crest?].

I do believe in teaching Intelligent Design in schools. I'm a Christian myself -- I know that I was created by God -- I understand that and that's what I want my children to learn. There may be a place for evolution in public schools too, but let me assure you that we need emphasis on both sides of the issue: intelligent design that God created us, God created this universe and God created everything we see and know and do and at the same time we need evolution. I think we have lost this balance over the last few years.

Well, my worldview is that man is not the center of the universe -- God is. And we're made by him to serve him and to serve each other. And I believe the Bible is the foundation of all good policy -- be it your family policy, your local government, state government policy -- so if there is to be teaching of evolution in the schools it better be counteracted by teaching faith-based, God-centered education. And frankly, in Chattanooga, where I came from, we had Bible in the school -- I love a local school board that will say: 'churches join together and teach Bible in the school in Tennessee'.

Well, I believe in an intelligent designer and I believe that it is people -- all of us -- who were created in the image of God. Also I would not have a faith that I am not [sic] afraid of science being taught in school with a chance for our students to interact and to get the kind of feedback that they are getting at home and have that sort of healthy interaction at school -- that doesn't scare me at all.

Well, if anything can be made out of that -- other than that politicians in Bible Belt states are soundly in favor of God! -- I'm not sure of what exactly it might be.

The nominal Democrat is willing to, sorta, allow that there might just be a place for talking about evolution in our schools, if it doesn't get in the way of reading, 'riting, and 'rithmetic. Ramsey seems not to know that the ol' "balanced treatment" ploy went down in flames close on to two and a half decades ago. Wamp is encouraging local school boards to enrich the coffers of the ACLU by getting local churches in to teach the Bible. Haslam, while making furious hand signals to the Righteous Right, actually seems to be the closest to the correct constitutional position: let evolution be taught in public schools and religion taught by parents and pastors.
Care for another dip or two, my dear?
.